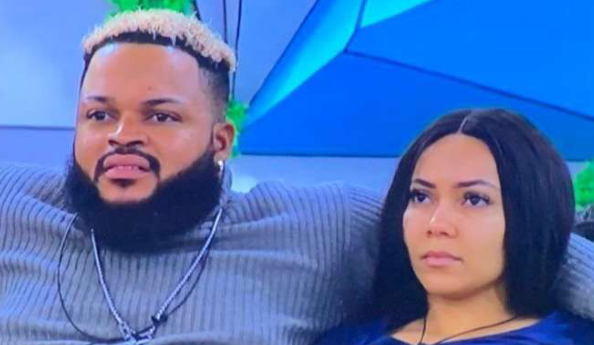 Maria Chike was the 17th housemate to enter the BBNaija season 6 ‘Shine Ya Eye’ show on July 25, 2020. Unfortunately, she was evicted yesterday from the reality TV show alongside with two other housemates.

Maria’s eviction last night came as a big surprise to BBNaija viewers because it is believed she is one of the housemates with the highest number of fan base.

Throughout Maria’s stay in the BBNAIJA house, she gained the likes of so many viewers and because of how she played the Wild Card game from the beginning of the show with Pere, and when she was asked by Biggie to prank her fellow housemates last two weeks that they would be eviction, she did excellently well while carrying out the two assignments given to her by Big Brother.

Maria wouldn’t have been evicted last night from the show, but she made a mistake that made BBNAIJA lovers supported Cross and Queen more than her.

Nominating Whitemoney twice for eviction made BBNaija viewers feel she has hatred for Whitemoney in the house. Therefore, instead of Whitemoney’s fans voting for her last week, they rather voted for Cross and Queen because they are both on good terms with Whitemoney.

However, Maria, who was interacting very well with Whitemoney from the beginning of the show, later stopped relating to him, because she felt Whitemoney hated her.

Therefore, if Maria, had confronted Whitemoney to clear her doubt, she would have not made the mistake of nominating him twice for eviction, and Whitemoney’s fans would have voted for her last week and saved her from eviction.

What is your take on this? Drop a comment below.

Content created and supplied by: Simoswrite1 (via Opera News )