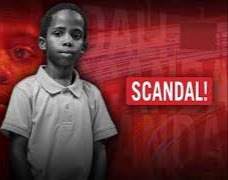 Mzansi Left In Stitches After Tebello’s Salary Was Revealed – “So Much Money”
Litlhonolofatso Litlhakanyane famous for Tebello role he played in Mzansi soap-opera Scandal, is a talented South African Actor.

The young star portrays the role of a twelve-year-old on the e.tv soapie. According to the Youth Village; Litlhonolofatso Litlhakanyane is 10 years old.

The gifted young kid became an actor through featuring in the drama series.

Career
The tryout for a kid entertainer which occasionally jumps out on Facebook adverts was the place where Tebello from Scandal began, his sister went over one and convinced him to partake in it, which he did.

Because of beng undermined, the young star was thought to be earning a salary ranging from R15 000 to R20 000. The Mzansi’s favourite star Lihlogonolofatso Litlhakanyane is currently playing the character of Tebello on one of Etv’s most admired soapie #Scandal. 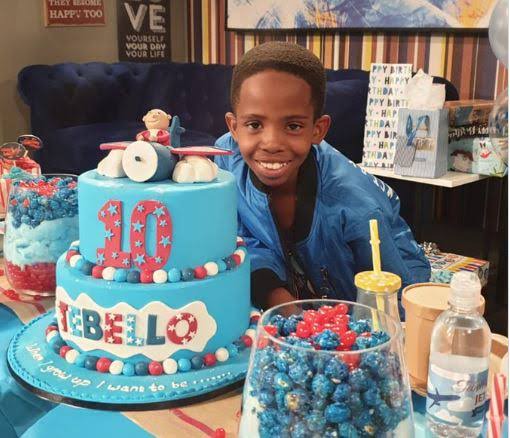 The you star was was earning R33 275 monthly for his talent and contribution to the #Scandal family. The figure was recorded from the South African Actors Guide. Do you think this young actor deserve such a huge salary ? Perhaps there are certain factors that are taken to consideration when coming up with payment, however the young actor has captured the hearts of many viewers and has become a fan favourite.

Litlhonolofatso Litlhakanyane is currently one of the fast-rising young actors in South Africa. The celebrated #Scandal actor. He won the hearts of many people in Mzansi through his master class acting. Honestly, it’s not every day that people fall in love with a character on TV as much as Scandal! viewers have fallen in love with Tebello played by Lithonolofatso Lithlakanaye. All credits to his sister who convinced him to go and audition for this role after she saw an ad on Facebook. Surprisingly it seems as if talent runs in his family. Tlonolofatso who plays Thabo also on Scandal is brother to Litlhonolofatso.

Lithonolofatso Lithlakanaye is a Grade 5 learner at Laerskool Oospark. Acting hasn’t affected his schooling as he has managed to strike a balance between his career and education. Little is known about his parents but his mother’s name is Palesa.

His mother told the media that people shouldn’t be fooled by the confidence they see on the screens. She said she doesn’t allow the hype around him to distract him. According to to Tebello’s mother — Tebello has no Acting to experience whatsoever.