In sh0ck: lady was chopped in to pieces by his boyfriend, see pictures

In sh0ck: lady was chopped in to pieces by his boyfriend, see pictures

In sh0ck| lady was chopped in to pieces by his boyfriend, see pictures.

In South Africa GBV is another pandemic that the law needs to deal with carefully because if not so, our mother, sisters will perish in the hands of men each day a new case is reported either dead or hospitalized by the so-called lover, boyfriend, or husband. If you are not happy about someone, just leave them alone than taking them away from their family forever.

Nosicelo a final year student in the university of Fort Hare allegedly killed by his boyfriend because she cheated on him, he’s the suspect in this case because they found the hands, head of Nosicelo in his boyfriend’s room. He brought cleaning material, and a hand saw then started cutting the body put them in a suitcase, black plastic bag and dumped them, which they were found because of the trail of blood leading to his place. 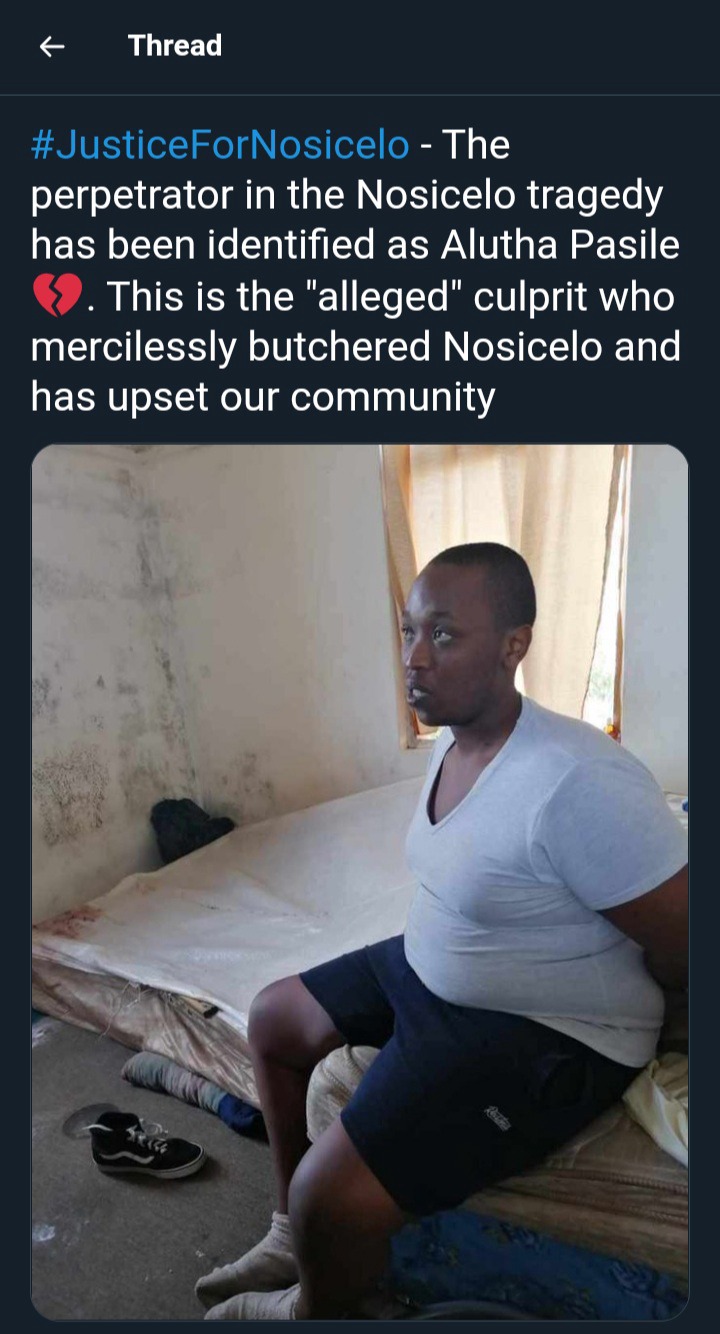 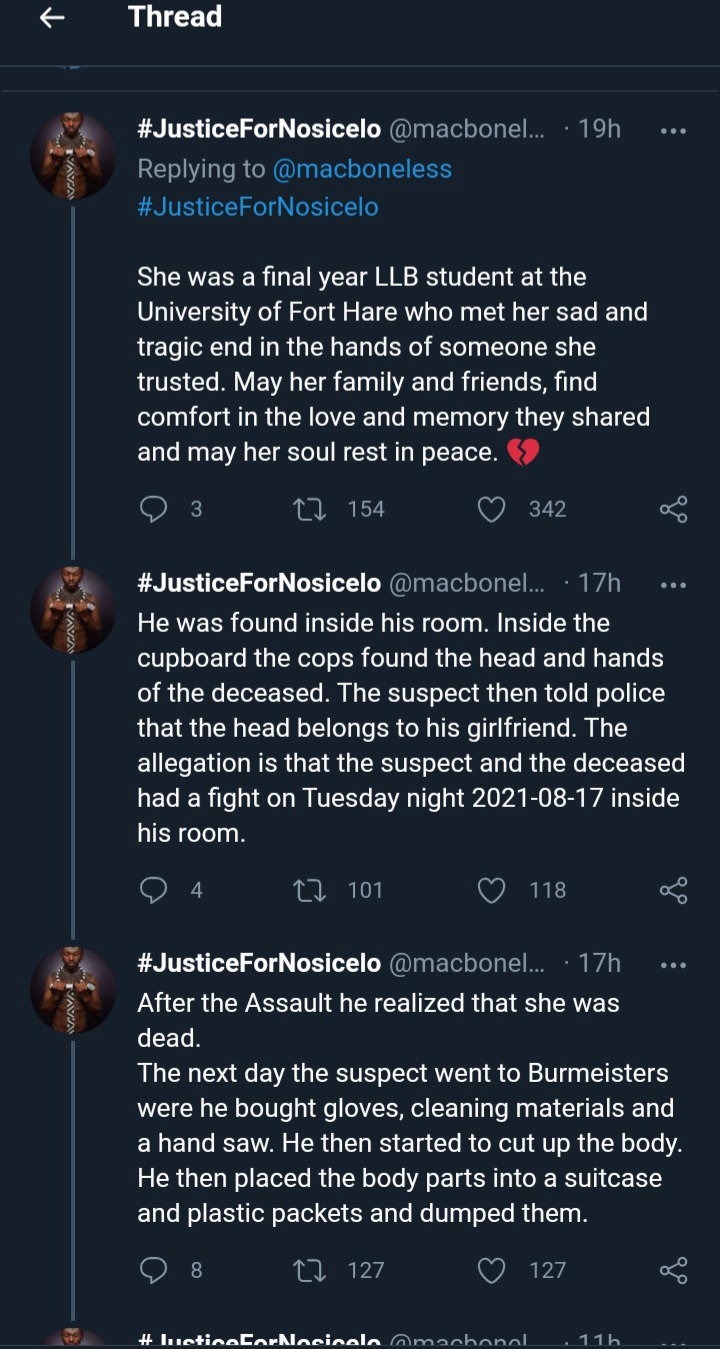 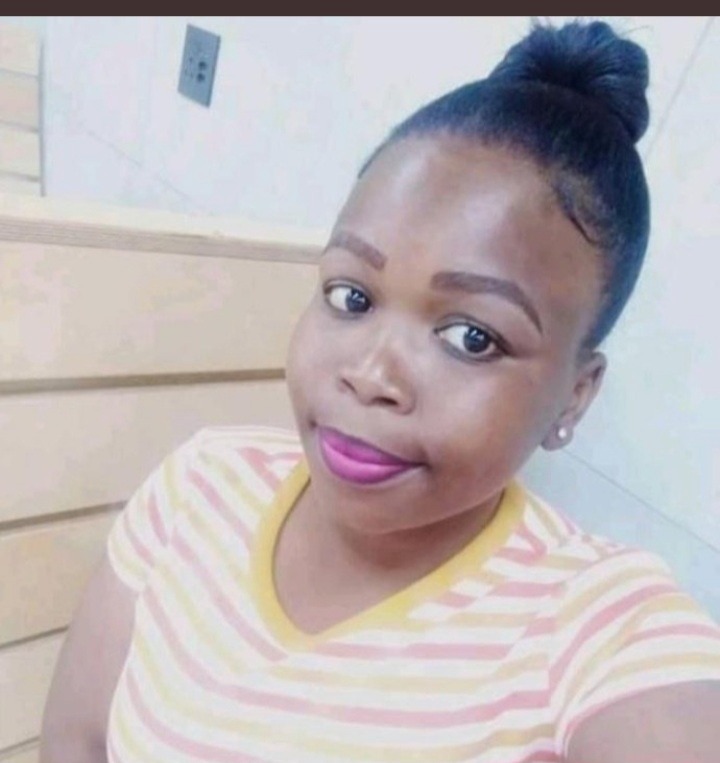 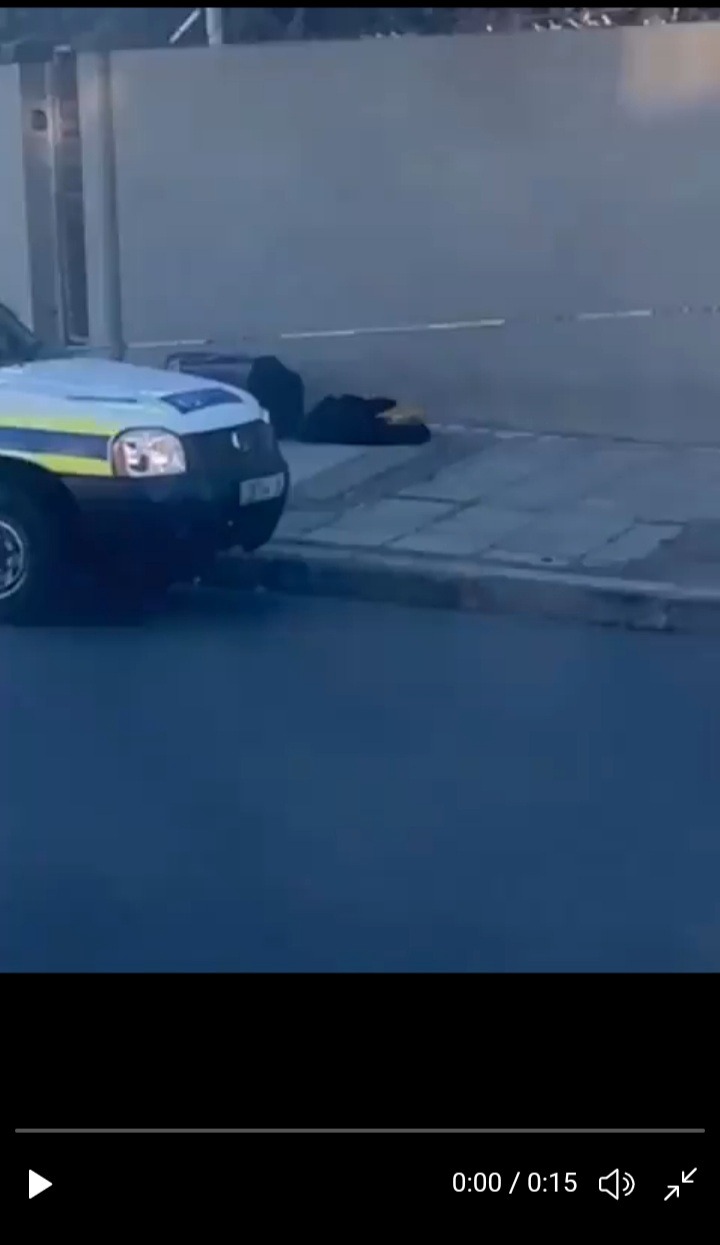 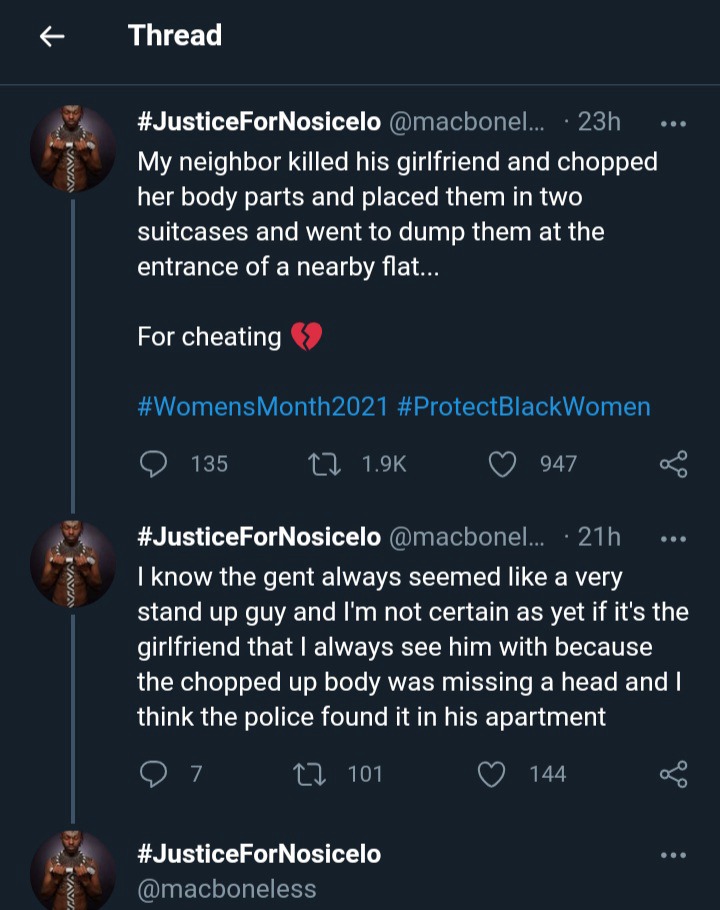 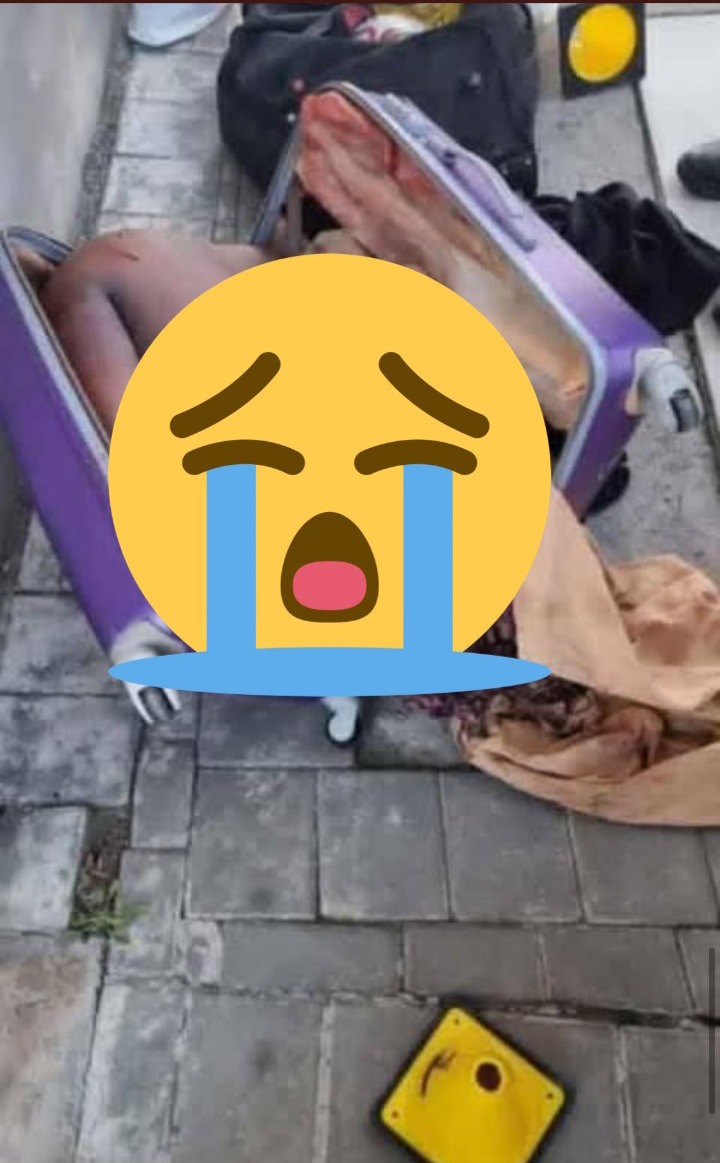 The pictures of Nosicelo’s body are too hard to share on social media because it’s very heartbreaking of what happened to her, and the family of Nosicelo have lost too much. May justice be done to Nosicelo. You can watch a short video here, and witnesses talking on the below links.

Content created and supplied by: Mlotshwa01 (via Opera News )