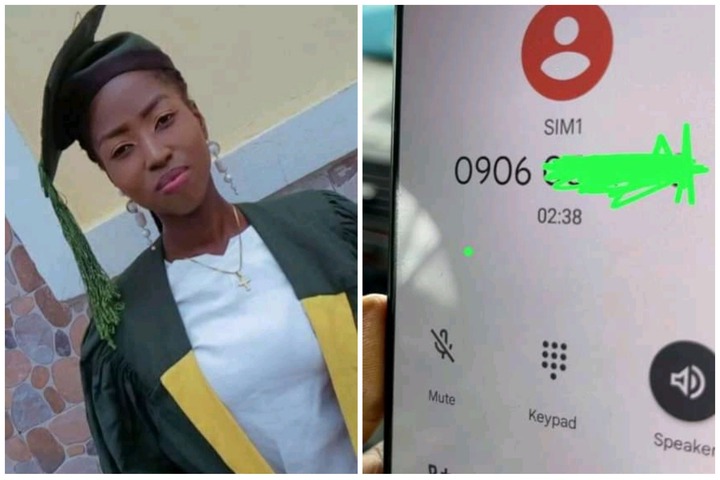 Those who kidnapped some Living faith Church members have started calling and demanding ransom. Since this Kidnap has become a source of wealth for some crime perpetrators, anyone who is kidnapped must be bailed from their cage with any amount they deemed fit. It has entered the Church.

Recall that three Living Faith Church members were kidnapped from a branch in Kogi State. The families of the three have been restless and finding ways to get back their children. After waiting for some time, the Kidnappers eventually called but what they are demanding is not what the families can afford.

According to Harriaon Gwamnishu, a human rights activist, he made an update online regarding the demands of the kidnappers. The kidnappers are demanding N1M each for the three of them. They even threatened that if the money is not raised before the end of the day, they are going to waste them. 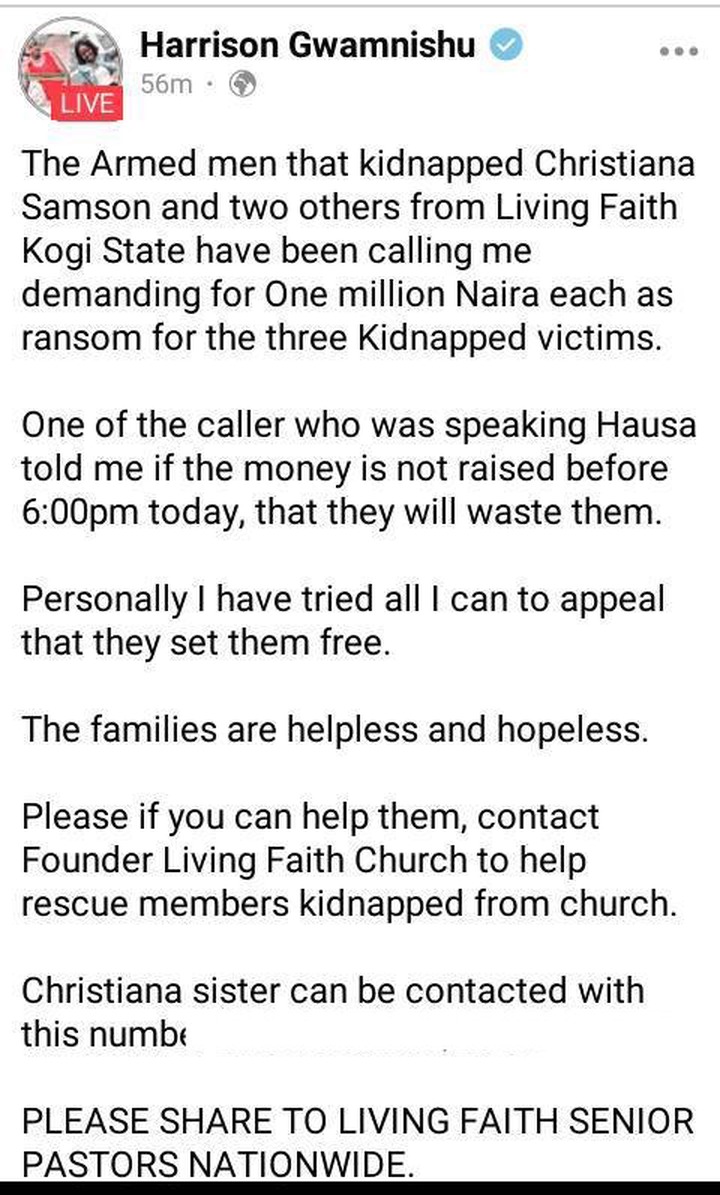 He shared the photo of Christiana and that of the call that was received. See them below;

How can we describe this kind of ugly incident? For the children of God to be kidnapped from the Church by people without fearing God and asking for ransom. This is a very delicate issue and we pray they are released unharmed.

Please share so that Living Faith senior leaders can see it.

Content created and supplied by: Naopet (via Opera News )