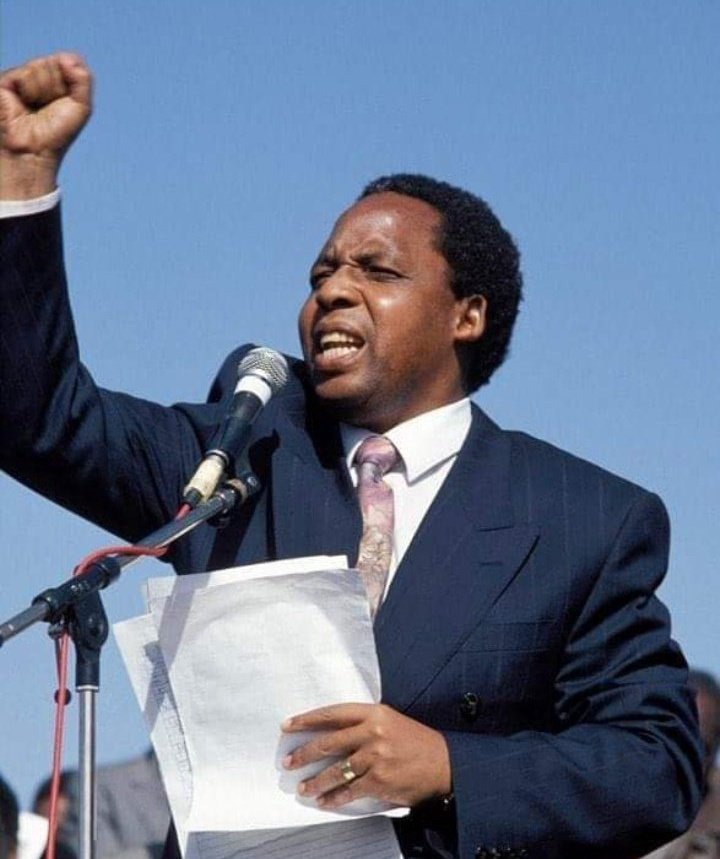 “I watch this video clip of Chris Hani time and time again. I now know why he was assassinated because he stood for nationalisation and changing the commanding heights of the South African economy,” said Lungisa. 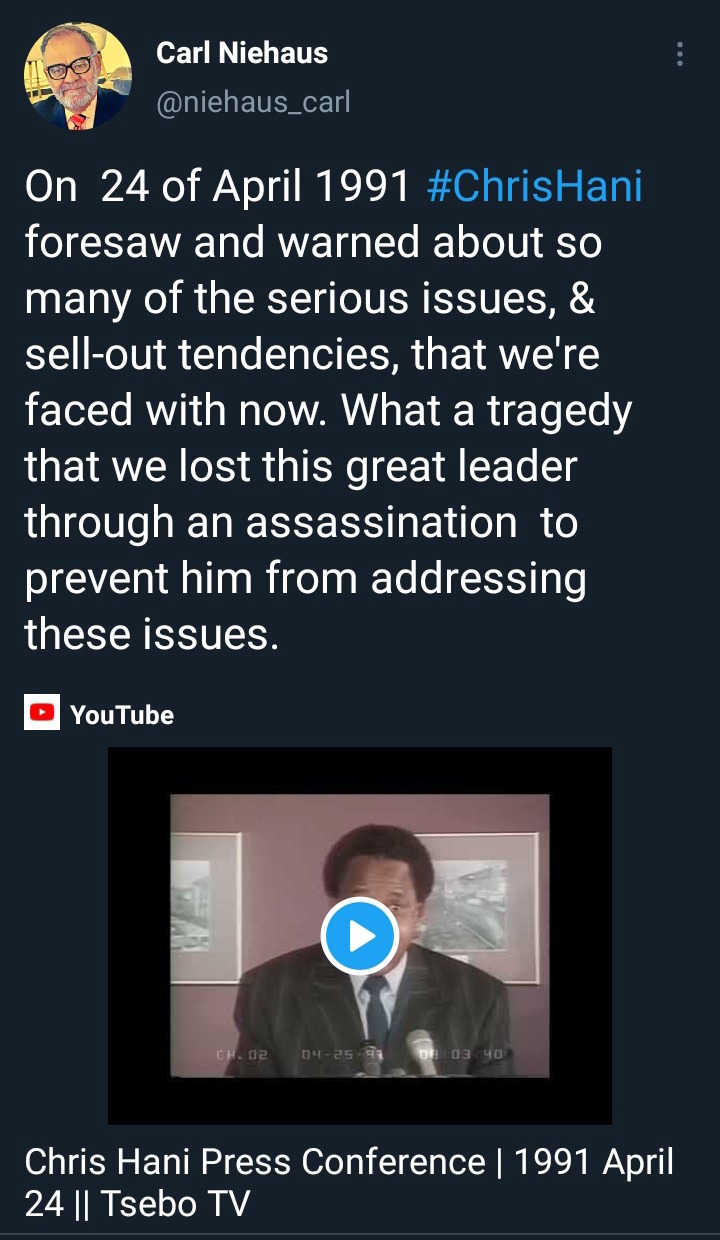 Chris Hani used to travel to American states along with ANC veteran Tony Yengeni where he spoke passionately about the nationalisation of entities, but also giving assurance to people that ANC government had no intention to grab people’s private property.

In the video, Chris Hani assured white South Africans that the ANC government had no intention to nationalise their private property, but was only concerned about the commanding heights of the South African economy.

“We are for a mixed economy, but then I want to assure white South Africans that we have no intentions to nationalise private property, they will remain in their houses. 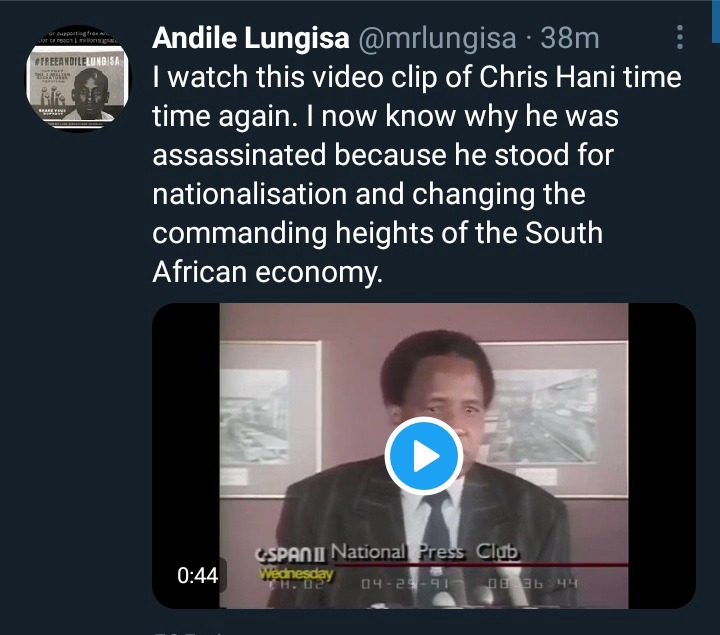 Chris Hani further argued that he believed that the assurance should have satisfied those who possessed houses and beautiful cars.

“We are only concerned about the commanding heights of our economy,” he argued.

Chris Hani was assassinated a year before South Africa attained it’s democracy and there has always been some conspiracy theories on what could have led to the assassination of Chris Hani, but it isn’t really clear as to who ordered for his hit.

Hani is known as one of the few incorruptible leaders.

ANC veteran, Carl Niehaus said it is a tragedy that the country lost such a greater leader through assassination to prevent him from addressing the issues that he passionately spoke about.