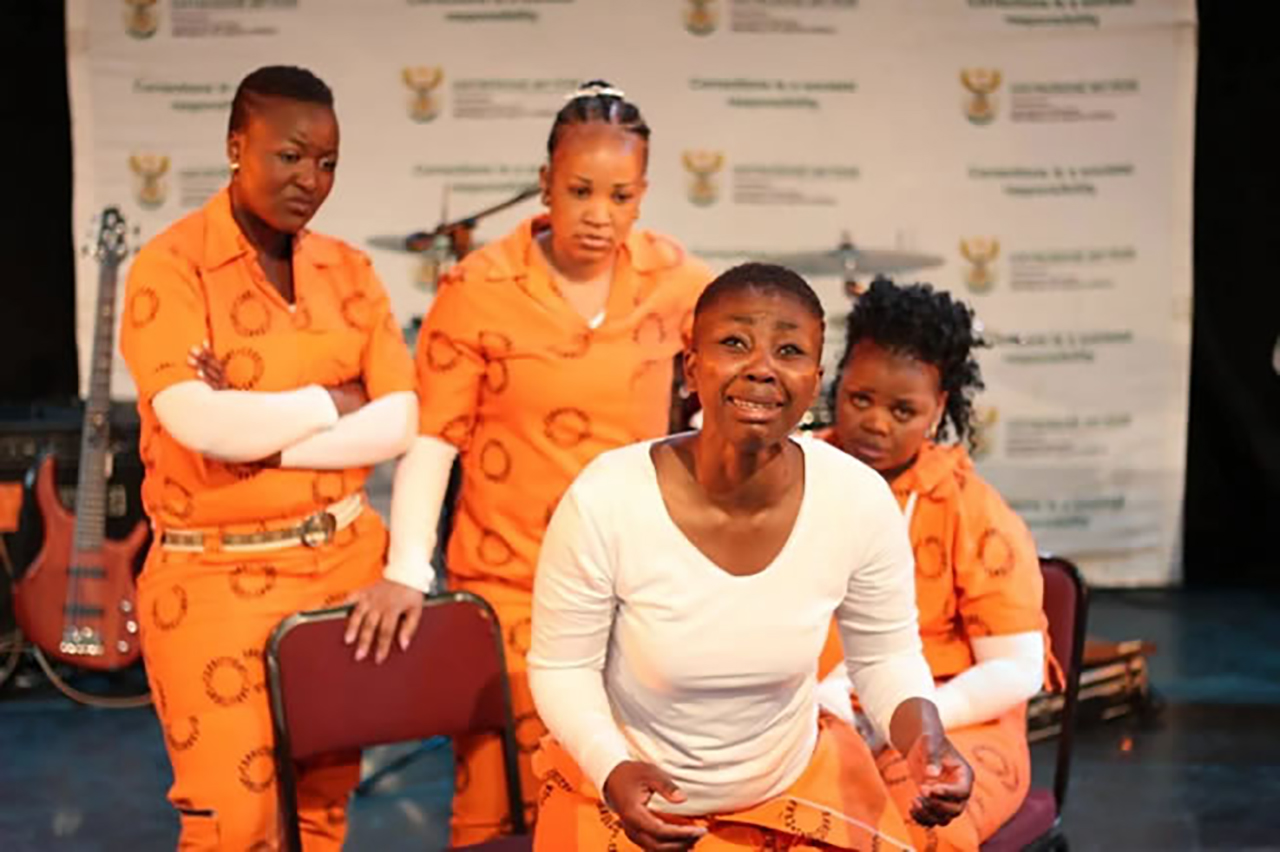 After serving six years in prison for fraud, the new addition to SABC2 soapie Muvhango, Morwesi Theledi, says being locked up was a blessing in disguise.

At just 25, Theledi was a well-established supervisor at a bank in Southgate Mall, driving her own car and living away from home. However, her life took a turn when she found herself lured into a bank scamming syndicate that would see her spend the next six years of her life in jail serving a decade-long sentence.

“My 10-year sentence was a blessing in disguise to me. When I get asked about the positive side of the prison, I lighten up because in prison you are locked up for 17 hours. You use that time for introspection. I used that time to empower myself and took up programs to positively transform my life to become the woman I am today. I even have titles now; I am a businesswoman and an actress on Muvhango,” Theledi said.

After graduating with a journalism qualification from Damelin College, she landed a job as a bank teller in 2003. She worked her way up the ranks and became a supervisor within five years. With her management post came perks such as a good income and access to the bank’s wealthiest accounts.

At the time, the mother of one developed a relationship with one of her clients, who often bought her gifts, made regular deposits into her accounts, and gave her tips amounting to R6 000 in clothing vouchers.

“I was approached by some client. I didn’t know that they were a syndicate. In the banking industry, you create relationships with customers because you don’t want your customers to branch out and bank with other banks. You trust your customers and don’t think that they will turn on you the next day and start making requests. Even if a customer leaves you a tip, you never think that it will be used against you the next day,” she said.

It was in 2008 when Theledi’s client made a request for her to deposit R2.7 million from an account belonging to a blue-chip company into a private one.

In a state of panic, she tried to freeze the account by transferring R27 million instead. The bank’s forensics were alerted and she was arrested and kept at Mondeor Police Station.

The young mother said she had been threatened and told that her four-year-old son would be harmed if she told the police about the syndicate.

“They threatened me. Lives were at stake and I chose to lie.”

While awaiting trial, Theledi found out that she was pregnant with her second child and chose to stay with her newborn in prison until he was two years old. During this time, she planned her life after prison.

“What I loved about prison was that it gave me an opportunity to bond with my child. I also had a plan that, should it happen that I was found guilty, I’d do things that would make me come out better. The first thing I did was to enroll with Unisa. At the same time, I enrolled for a business management course with the University of Johannesburg and I graduated in prison.”

The young mother was depressed during the first few months of her incarceration. After seeing a psychologist, she decided to take an active stand and became the face of education and faith-based organization called Pillar to Post.

“As the face of the prison with Pillar to Post, schoolkids would enter the prison and we would give them a tour and tell them my story on how I landed in prison and warn them about the dangers of prison,” she recalled.

At the same time, she tapped into her acting talent by writing a play that, through an initiative set up by the department of sports, arts, and culture, was featured at the National Arts Festival in Makhanda in 2016. The play won her the best actress award. She was released from prison in the same year and has been rebuilding her life ever since.

Life out of prison is proving to be kind to Theledi, who is also the founder and chief executive of Ugqozi Solutions, which helps banks and companies handle matters of fraud.

She is also a motivational speaker and believes that her new role on TV will help inspire young women with the possibility of second chances.

Muvhango gave me a second chance. We struggle as ex-offenders to get a job. We get judged. I used to apply for jobs and I was told that they like me, but I have a criminal record. It used to depress me until I decided to just stop. I am thankful to everyone who welcomed me at Muvhango with so much warmth

Theledi’s character, Mantwa, a kidnapper and cousin of James Motsamai (played by Dingaan Mokebe KaKhumalo), made her first appearance on Tuesday to millions of SABC viewers, an opportunity she says would never have happened if she had not gone to prison.