Better be safe than sorry: SA people be warned. New ATM scam that everyone can fall for

Better be safe than sorry: SA people be warned. New ATM scam that everyone can fall for 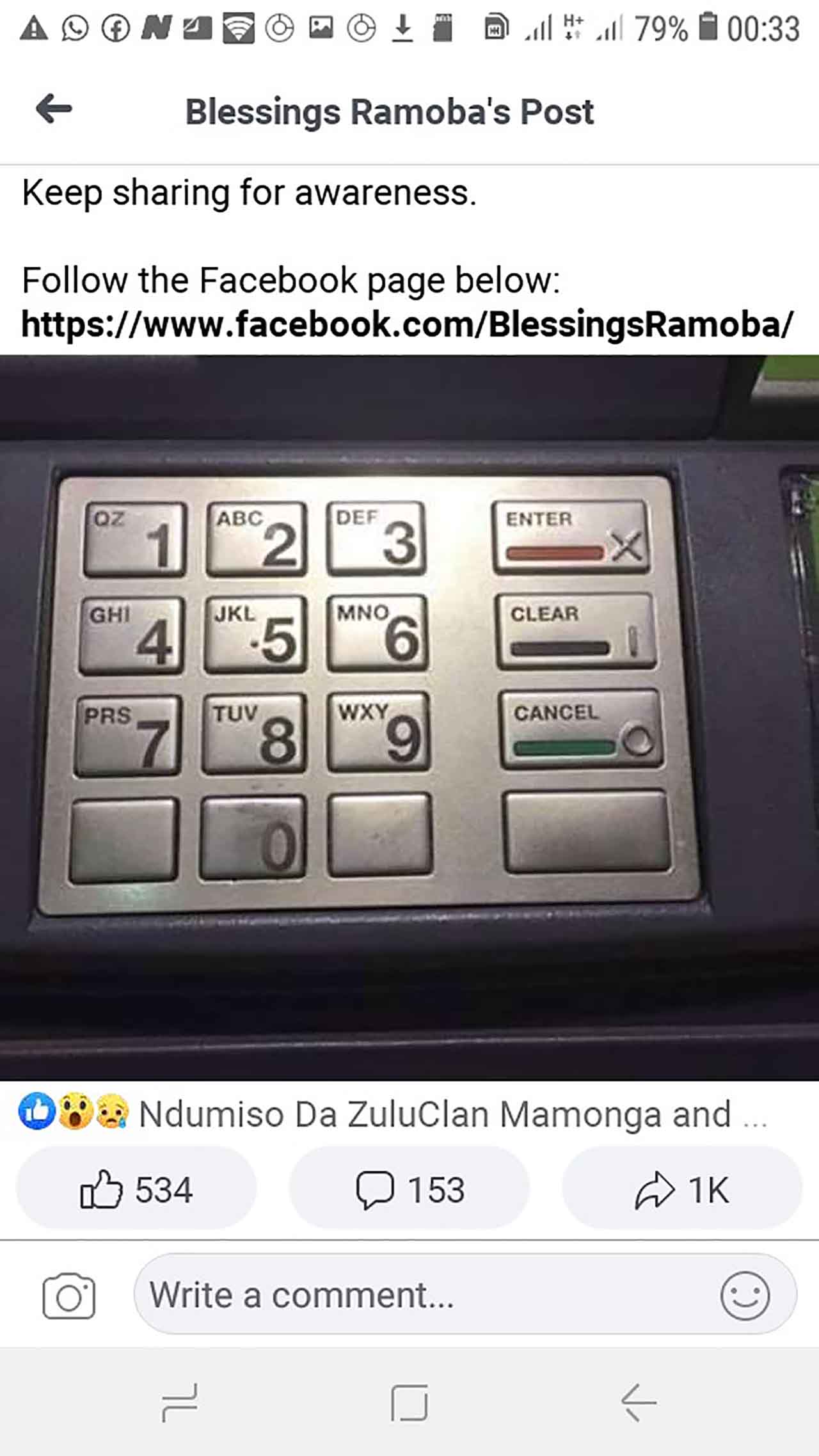 “Are you aware of what’s going on here?” Take a hard look and be cautious. “It’s the holiday season, and thugs are out there looking for our money,” Blessing Ramona said on his verified Facebook page, informing the public. The holiday season is approaching, people will be receiving bonuses, and crooks will be raising their eyebrows, hoping to profit from this by stealing people of their money. Thugs take money from people in a variety of ways. It makes little difference whether they use physical force or other trig’s; they should be avoided, and people should be educated about the various methods they might be stolen of their hard-earned money.

The holiday season should be a joyous time for everyone and a time for family reunions. Nobody should be concerned about the money that has been stolen from them because they ignored minor information on ATM machines. When people on Facebook saw what was depicted in this photo, they were both fascinated and unimpressed. If you look closely at the image, you’ll notice that the buttons on this ATM machine are messed up.

The buttons have been swapped/mixed, and they can be seen by alphabets that are not in the proper standard. The alphabet begins with ABC and ends with QZ, but what people see here is completely different because the number 1 button is holding the alphabet QZ. What is surprising yet again is that the letters Q and Z should not come after each other. People fail to notice the minor nuances that come back to haunt them. These ATMs are open 24 hours a day, seven days a week, giving thieves plenty of time to install whatever they want and even mix up the buttons to maximize their chances of scamming/robbing victims. The ENTER button has been replaced with the CANCEL button since the ENTER button has a green line and the CANCEL button has a red line, as is customary protocol. People would make mistakes with such ATMs and lose money as a result.

People on social media have reacted to this, and the majority are dissatisfied. Some people proceeded to tell their stories about being robbed. Others argue that touchscreen ATMs should be installed since they have an improved system that makes it impossible for crooks to profit. Others were taken aback because they were unaware of what was going on in numerous ATM machines. People kept sharing this post because they wanted everyone to be aware of it. Keep sharing this for awareness.

Content created and supplied by: PoliticalAnalystNews (via Opera News )