Condolences Messages! Pour In For Actress Masechaba After This

Condolences Messages! Pour In For Actress Masechaba After This 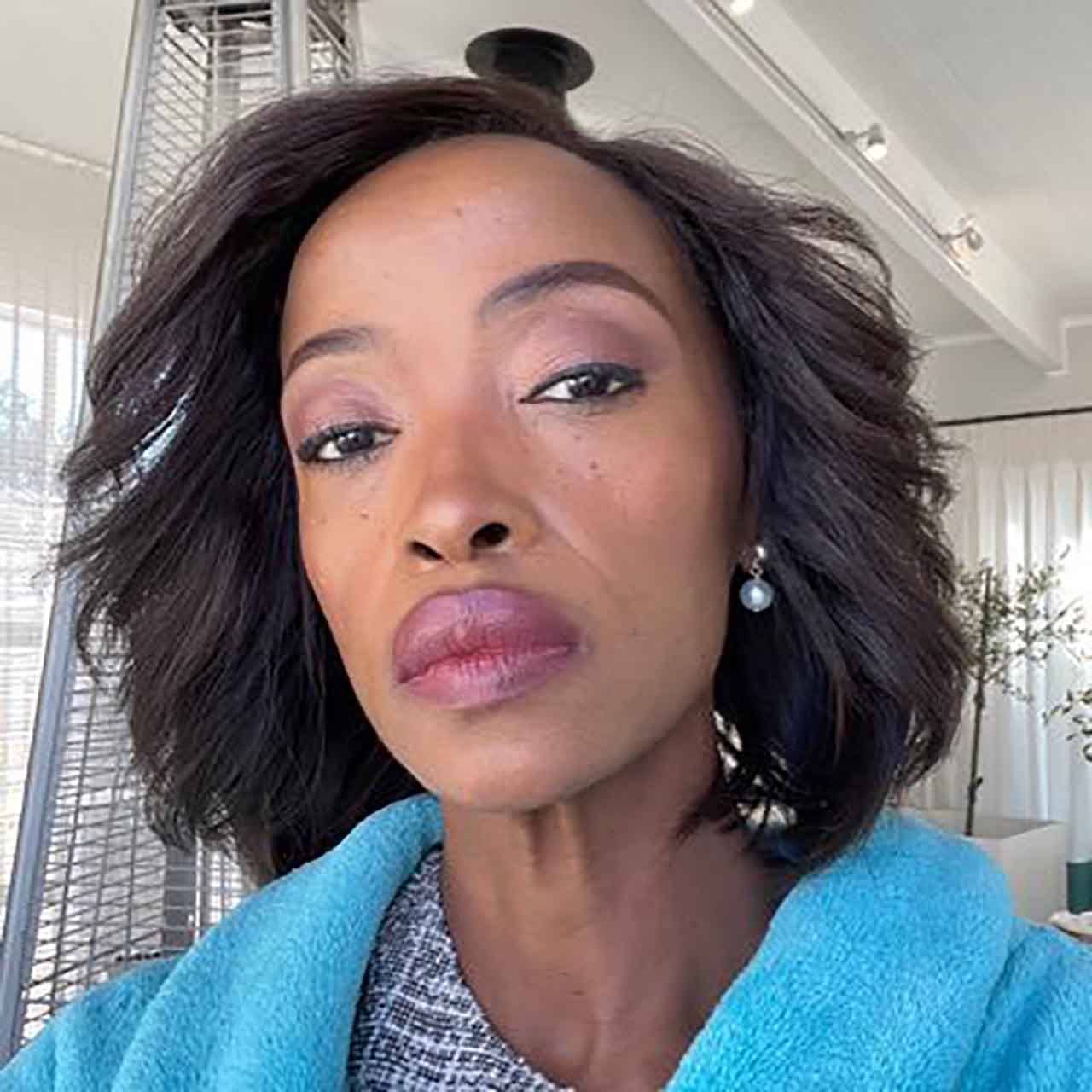 Masechaba is mostly known for her role on ETV’s Scandal as Mmadika Molefe, but she left the show ages ago. Viewers couldn’t believe it’s her when she appeared on television after such a long time. They wondered what was happening with her weight as they know her to be a very curvy woman. 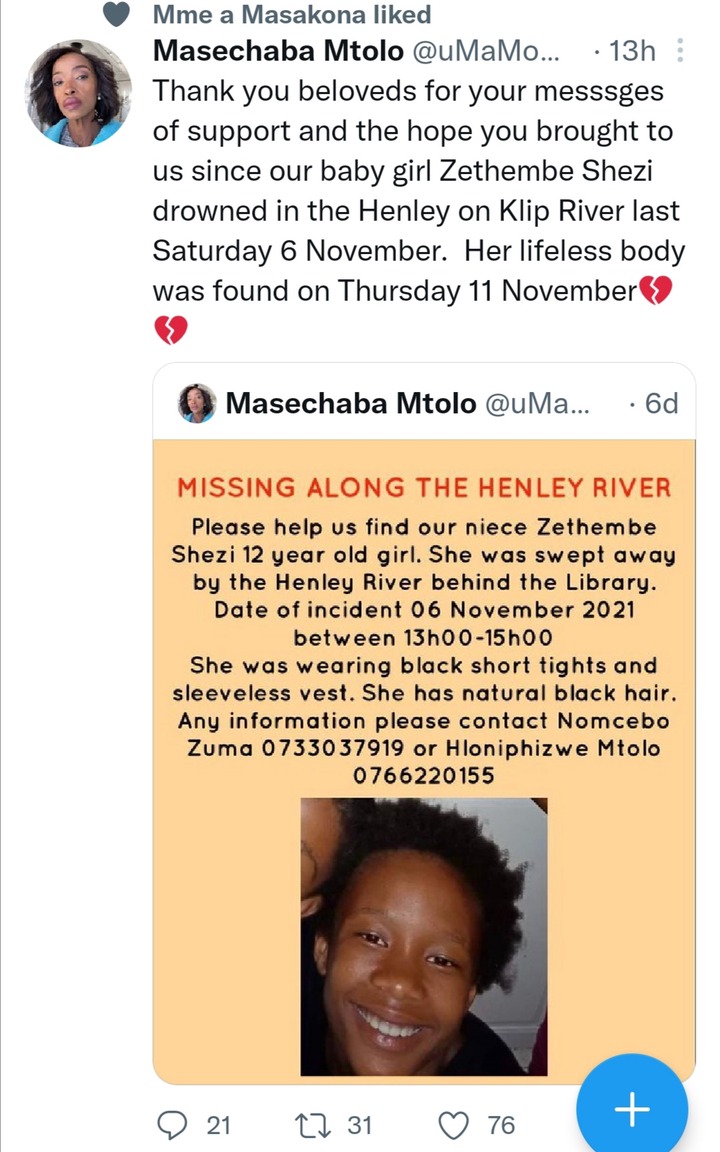 She made a brief come back on our small screens, but it seems as though she is focused on the business that she has with her husband on the side. She took to Twitter a few days back to seek assistance from people in search of her niece. She did mention that her niece was swept away by the River, and they couldn’t find her.

Today she thanked everyone for assisting and said that she would like to thank those who sent through messsge of support. She said that her niece who was swept away by the River on 06th November, that her lifeless body was discovered on 11th November. 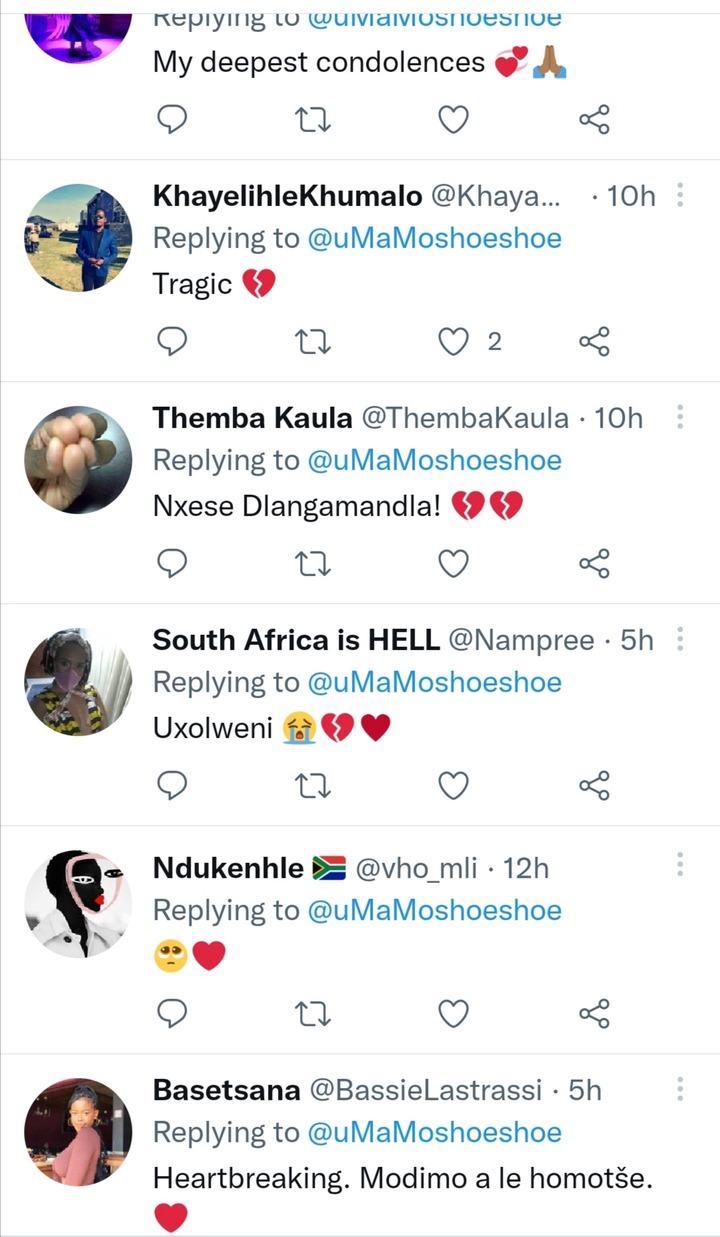 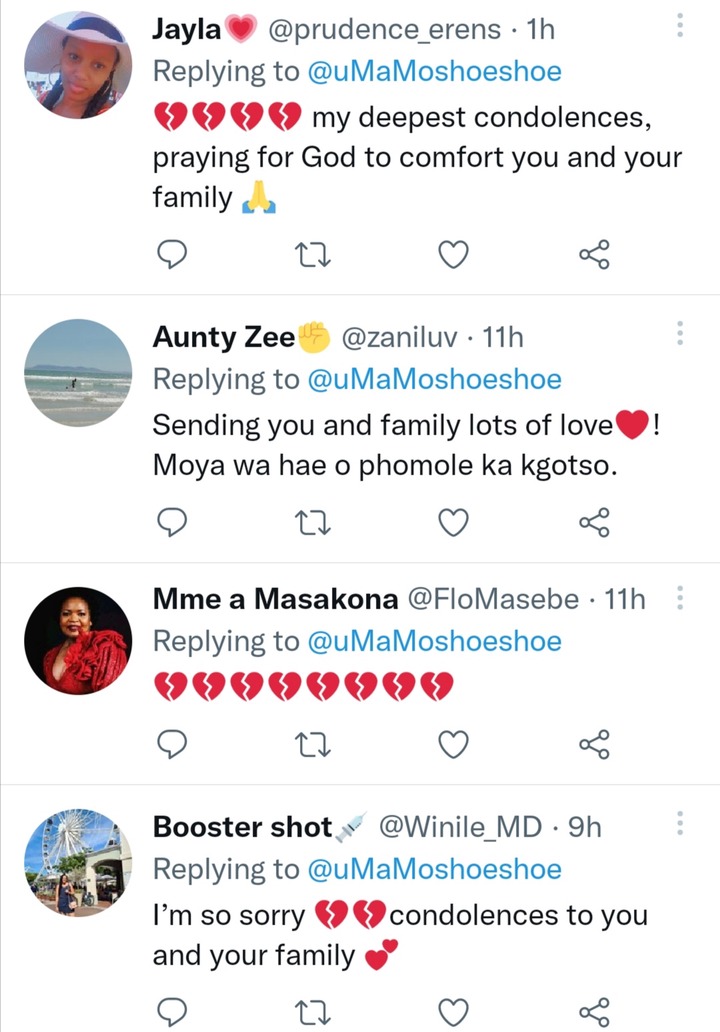