African Way: Here is how the Leadership of the EFF was spotted eating yesterday

African Way: Here is how the Leadership of the EFF was spotted eating yesterday 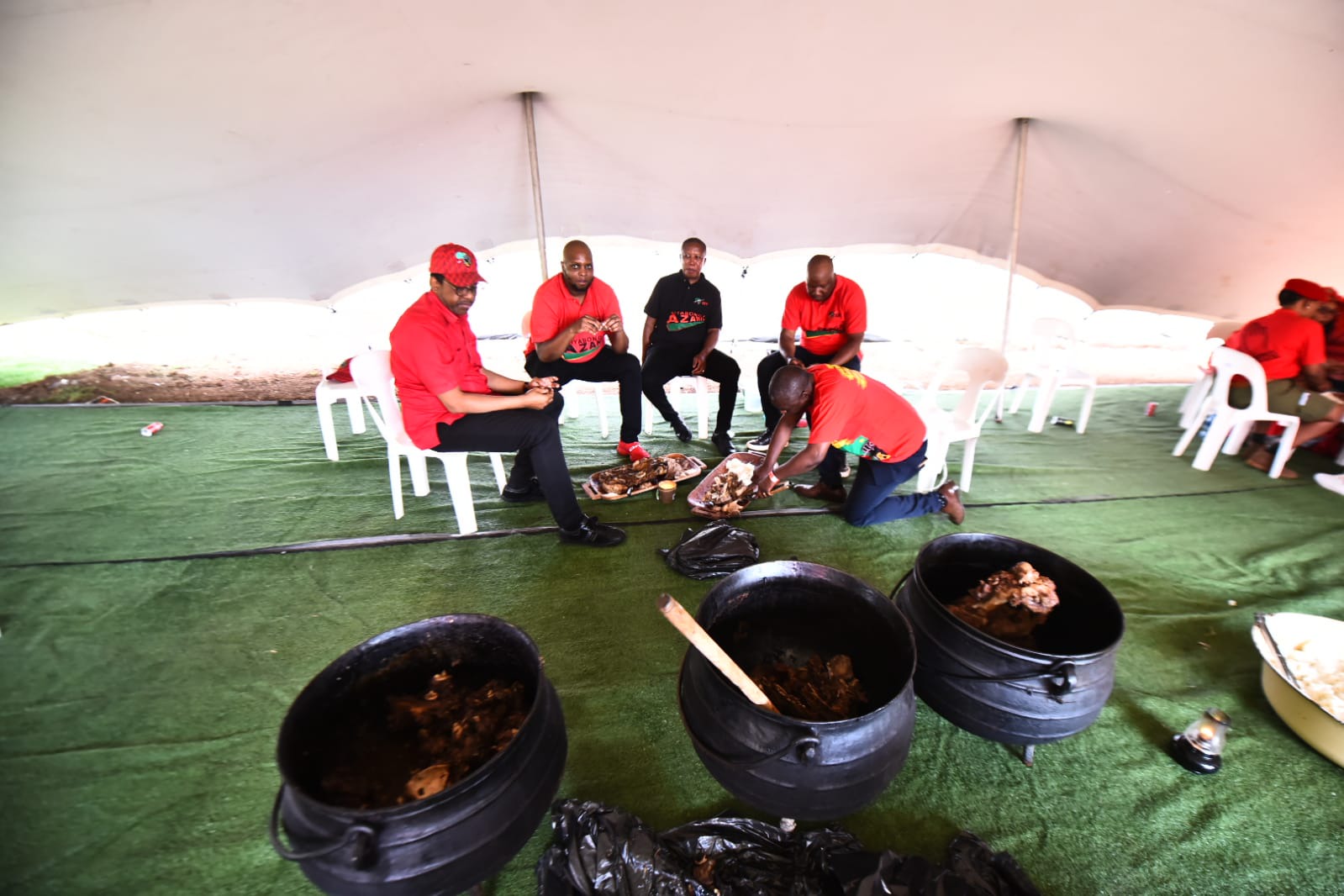 It is no longer questionable how the Economic Freedom Fighters operate, it has been proven several times that they follow African tradition in whatever they do.

Yesterday Economic Freedom Fighters hosted Siyabonga Rally, Thanking all its volunteers and members for their hard work during the past local government elections, which was hosted on the 1st of November 2021.

Starting from thanking, it is part of a tradition that we must always thank those who did good to us.

To add to their traditional touch, the Economic freedom Fighters leadership was spotted eating from one dish, and Men were not mixed with women. Regardless of what could be the politics could be going on within the leadership of the party, the event went very well and supporters were out in numbers.

Closing remarks from Economic Freedom Fighters were the following, “AZANIA, thank you for increasing our electoral support across the country.

We vow to continue the struggle with even the higher intensity for the realization of Economic Freedom in our Lifetime.”.