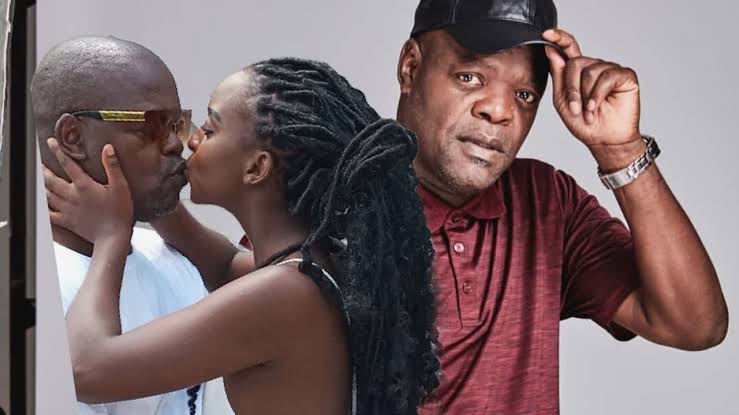 I’ve come to realize that love doesn’t actually have boundaries. They say love is not about age, what’s important is the feeling you have for that particular person. Some men are dating even married to women who are over 20 years older than them yet they don’t see any problem with it because love has just taken place.

Seems like the Generations former actor; Seputla Sebogodi who was playing the role of Kenneth Mashaba is one of those who are led by their hearts not what the world would say about them. The 59-year-old; Seputla is in a romantic relationship with a girl who is over 20 years younger than him, can you imagine!

Someone shared a picture of these lovebirds on social media, they were at vacation wearing swimming costumes and the same pairs of sleepers leaning on each other as any other couples do. The person who shared the picture tweeted: “Love is beautiful…”

People are so unpredictable, instead of complementing them, they decided to retweet awfully. The comments were like: “we can see and tell when someone is not happy or enjoying”, “more like money is beautiful”. So these comments are actually insinuating that this girl is after Seputla’s money, is it?

People are so quick when it comes to judging other people are insinuating the worst about them. This relationship could be having nothing to do with money, just pure love, as you know what they say; ‘love conquers all.