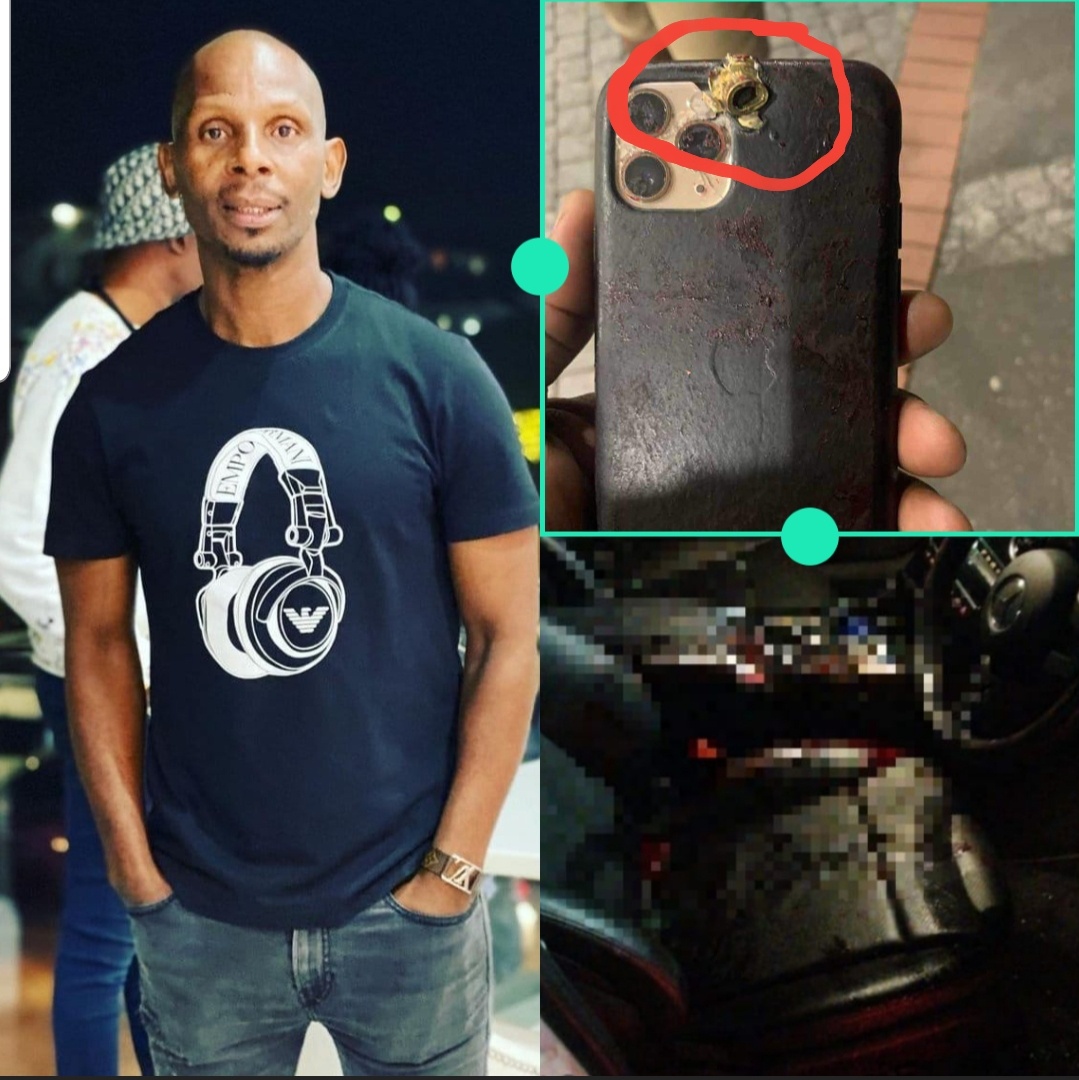 Businessman Max Mqadi was allegedly saved by his iPhone, he was busy on his phone when the shooting happened so the bullet could not go through the phone and hit his head. Apparently, there’s a video on youtube for iPhone and Samsung for a bullet test iPhone it was very good at obstructing a bullet to go through. He was also very fortunate enough that after the two gunmen tried to shoot him he was able to leave the place and go to Durban where he was later transported to the hospital.

His family was already worried and his daughter even wrote on her Twitter page that her heart is beating very fast, it is quite clear that they had thought that they might lose him but God answered their prayers. At least now that he survived, he will know better about being careful as he is a very successful businessman meaning anyone could be after him. There are a lot of jealous people out there who will be smiling with you while planning the worst behind your back, and surviving such a hit is one thing that people should be grateful for.

Just earlier this week teddy mafia’s son-in-law was almost killed too in an attempted assassination, he also survived it and is currently in hospital. So it is quite clear that Durban is not safe at all, and people are always planning assassinations day in and out. Not everyone survives assassinations meaning those who do are really fortunate and God actually saw that they still have a lot more to offer, the person who posted the pictures on WhatsApp is actually praising God and thanking him for saving the victim. Hopefully, the culprits behind the shooting will be arrested, even the ones from the other incident that happened in Durban.