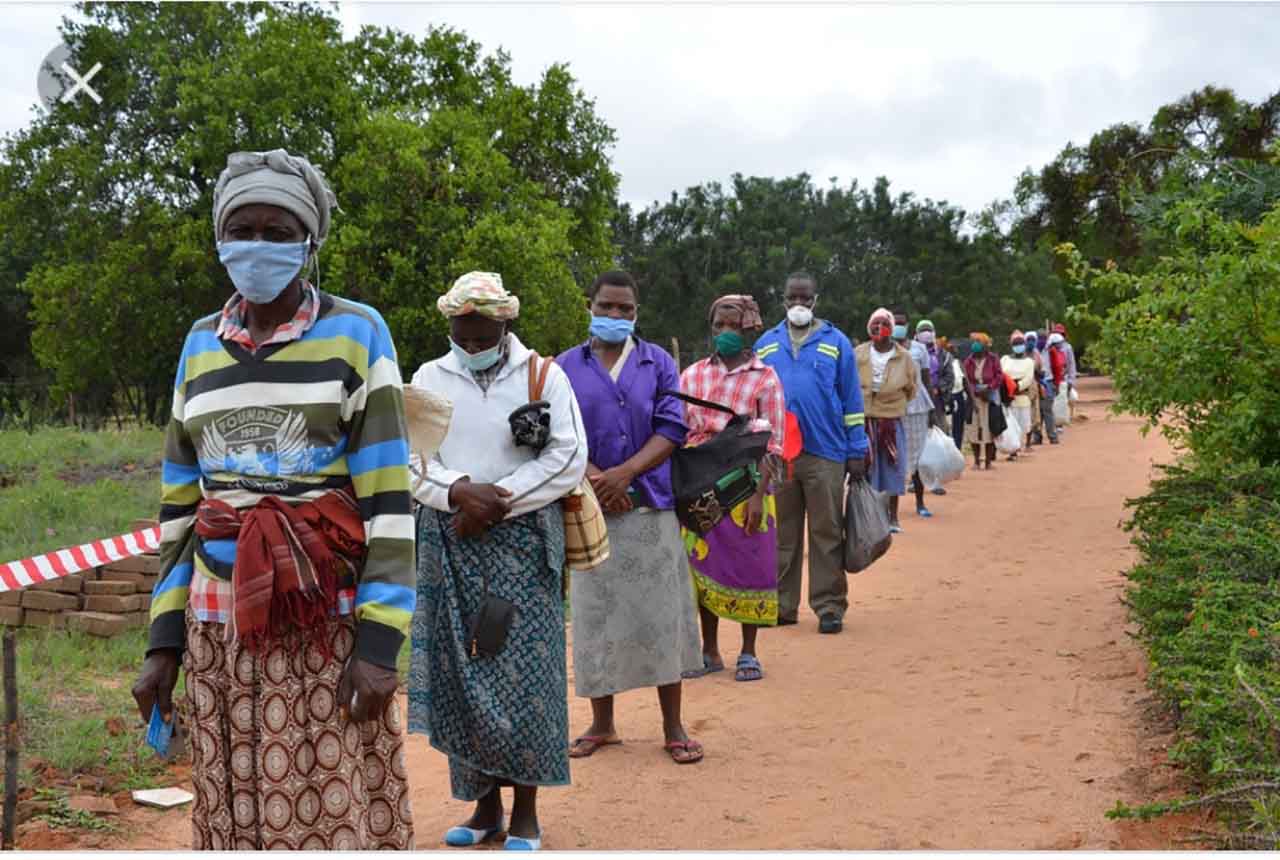 Zimbabweans in these villages are leaving following the threats by residents in Moootong. We know that there has been a lot of bad reports, a lot of crime committed by foreigners that paint foreigners as bad people.

A lot of these reports are made by South African, and they make a lot of communities feel uncomfortable living with foreigners, especially Zimbabweans. We all know that most foreigners that have populated South Africa are the Zimbabweans, it’s those that are coming from our neighboring countries, Zimbabwe and Mozambique.

The laws also that are put by their kings, they make them live in harmony with almost everybody, though it is not always peaceful in some villages. An example like the village that is mentioned in this report, we know how populated this area is. The village is very busy, and this village almost looked like a location.

I mean those that have got businesses where they are self-employed, they prefer to go to such places because they know that they are businesses can grow, they know that their can gets a lot of customers, but unfortunately, because of the behavior of other foreigners within the same areas, they make life difficult for everyone. All that behavior leaves the residence Of that area with no choice, but to chase away foreigners.

Some Zimbabweans in Ga-Mabotja and Dikoting told residents that by today they will pack and leave their village.

Yesterday, according to three sources closest to the protest say residents were marching all around the two villages, Dikoting and Ga-Mabotja entering into the homes where Zimbabweans rented the back rooms.

It is said that this comes after, a reported citizen of Dikoting was allegedly found murdered by a Zimbabwean man.

From our trusted source, residents say by Saturday they do not want to see any foreigner in their village.

Some stranded Zimbabweans were spotted going to the nearby villages. 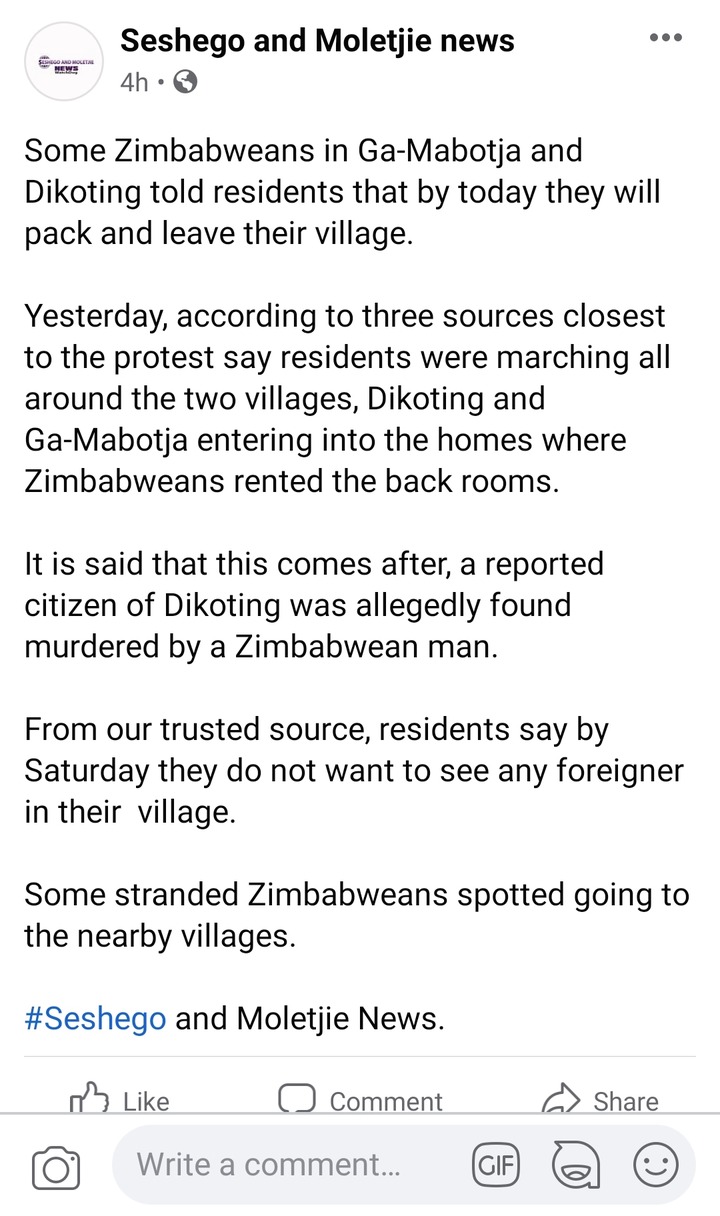 Thank you, please share your thoughts on this article on the platform below

Content created and supplied by: TheWise1 (via Opera News )