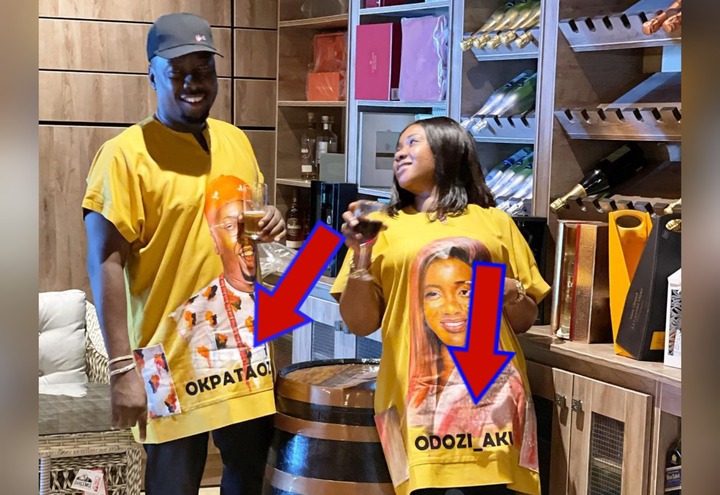 Recently, Obi Cubana took to his official Instagram page to share photos of him and his wife in what he often called the “Underground Vintage Wine Cellar”. The couple was spotted wearing matching Ankara outfits.

What attracted my attention in the photo was what was written on their Ankara outfits respectively. A special inscription like this is meant to carry a very special meaning and a deep insight into an individual’s life as most People define their experiences, nature, and personality through work of art. In my opinion, those inscriptions reflect their lives and the secrete behind their success.

On Obi Cuabana’s Ankara, it was written “Okpata Ozuora”.It is an Igbo language and If the sentence is translated into English, it means “wealth that is extended to all” 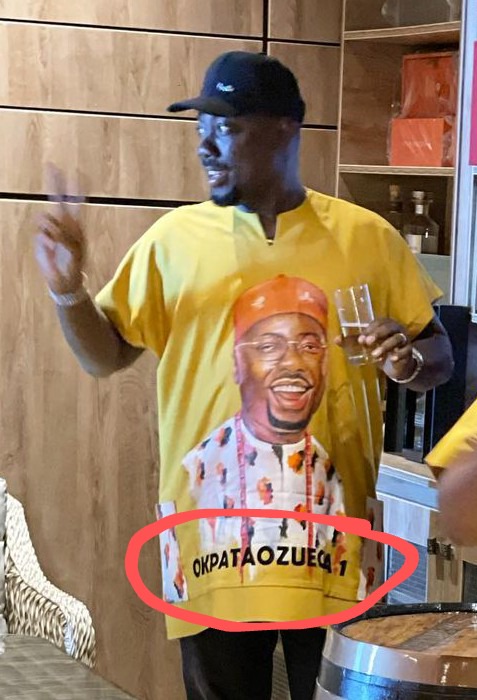 If you look at Obi’s life, you will realize that this is the major philosophy that governs most of his activities. During an interview with the BBC after his mother’s burial, he opened up about how he had helped many people become millionaires. As we all know, when you help people in life, they will definitely like to reciprocate your love. Even if you didn’t become poor for them to dash you money, the good ones will keep on giving you business deals. We all saw the massive turn-up by prominent men during their late mother’s burial ceremony.

On his wife’s Ankara, it was written “Odozi Aku”. It is the Igbo language which when translated into English means, “custodian of wealth”.credit: Nairaland.com

Most good women have the quality to take good care of their husband’s wealth, and I believe Obi Cubana’s wife is one of them. There is a saying which states that “behind every successful man, there is a supportive woman”. I believe that his wife’s efforts have indirectly or directly contributed to his success. This is mainly because a good and ambitious woman would not sit and watch you make a bad business deal or waste money. Her advice alone might be worth more than gold. 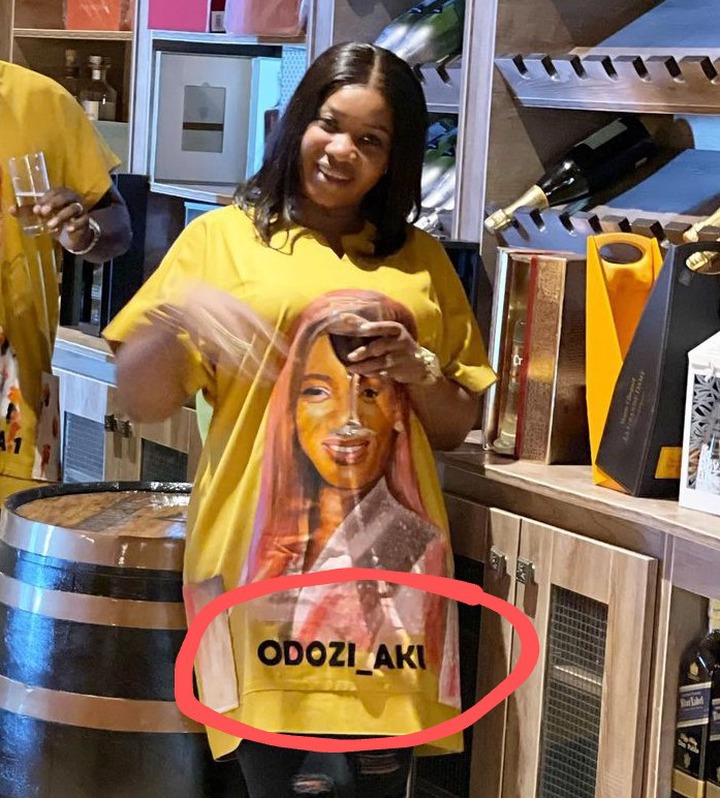 Moral lesson: We all have to be willing to help one another. As long as we keep changing people’s conditions, God will keep lifting us higher. And also, always look out for good women when you want to marry them.

Content created and supplied by: Frankmedia (via Opera News )