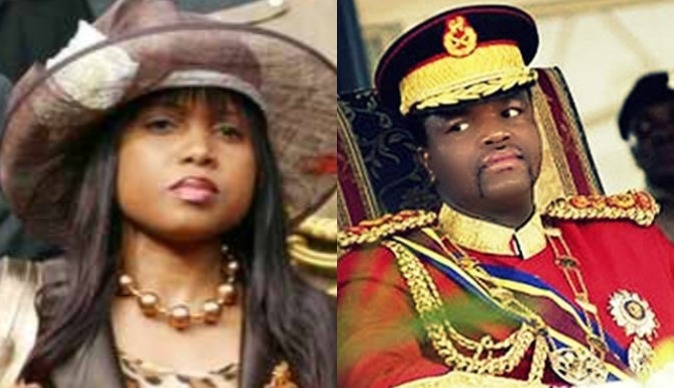 A close family member confirmed the incident when it occurred. She first bought herself a house and planned her escape from the landlocked country. 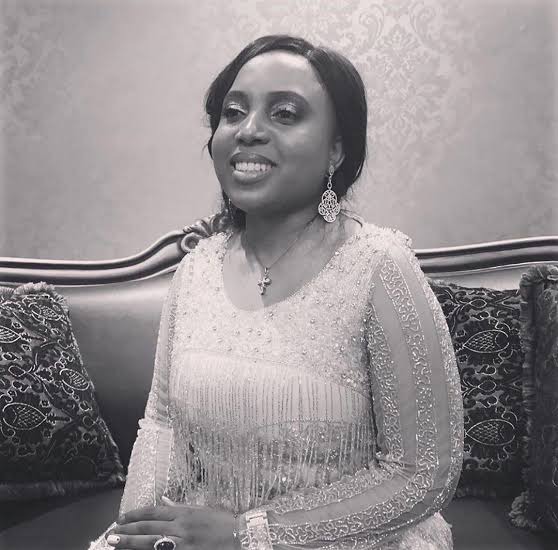 Her real name Angela Dlamini but commonly known as LaGija. She ran off to Sun City where she had some relatives residing there. 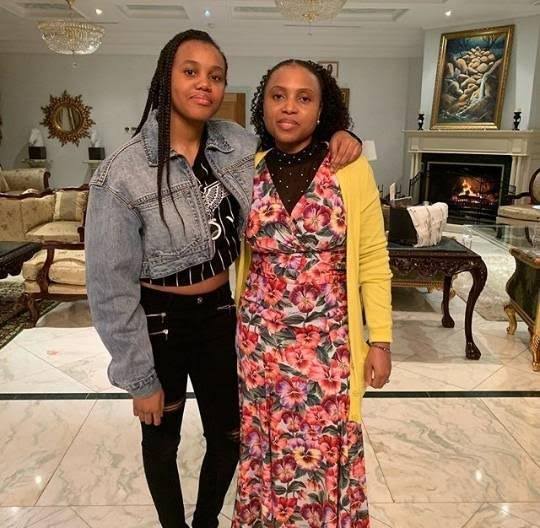 LaGija was the King’s third wife to leave the king. Firstly it had been LaHwala in 2000 who was then followed by LaMagwaza few years later. Both reportedly residing outside of Eswatini. 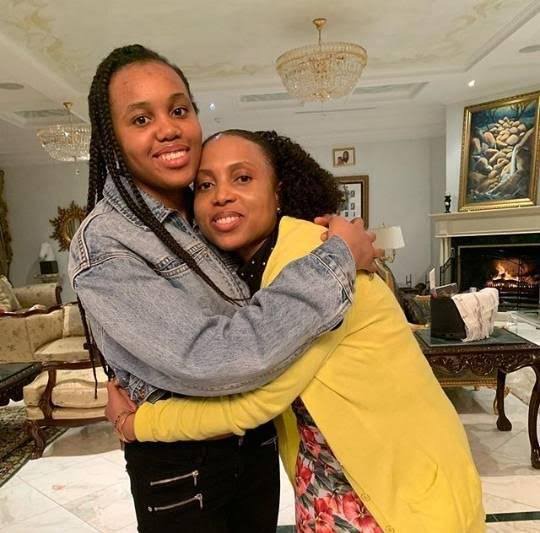 Another incident reported by local newsmedia was of Nothando Dube who had complained of abuse by the soldiers after she had been caught having an affair with a close ally of the King, the then Justice Minister Ndumiso Mamba.

The Queen LaGija has a daughter with The King. 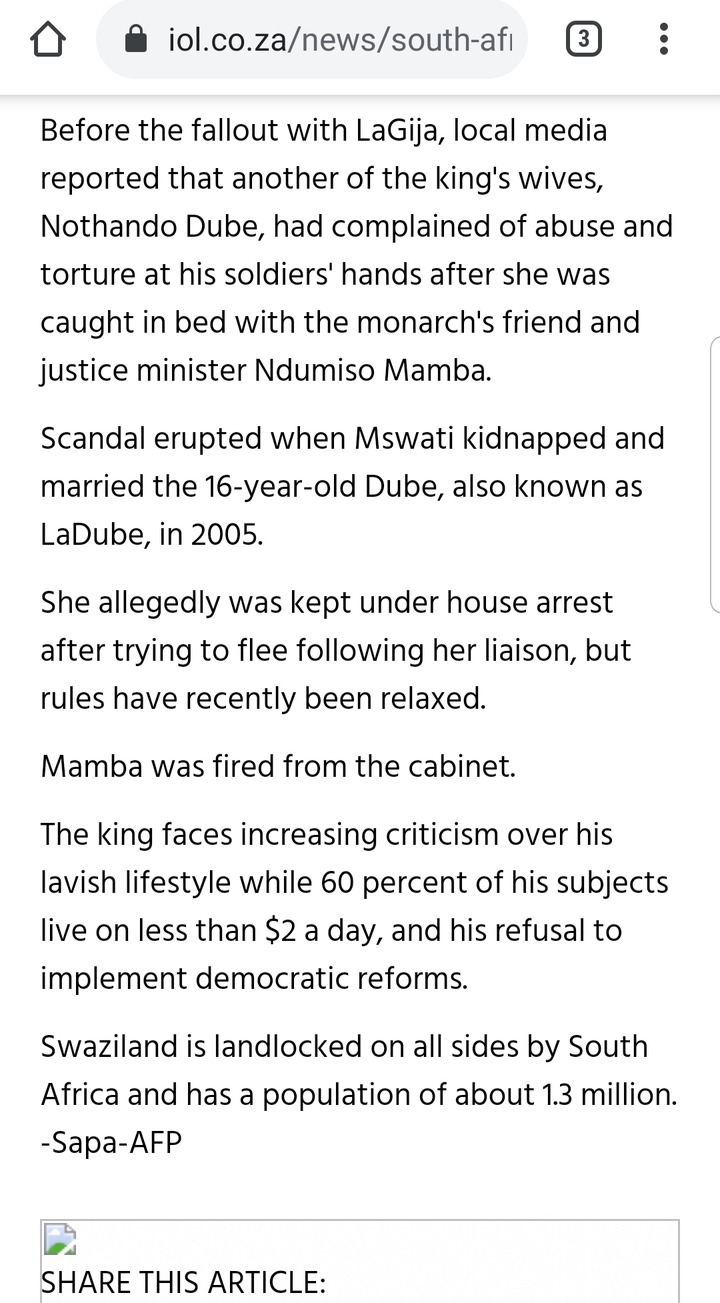 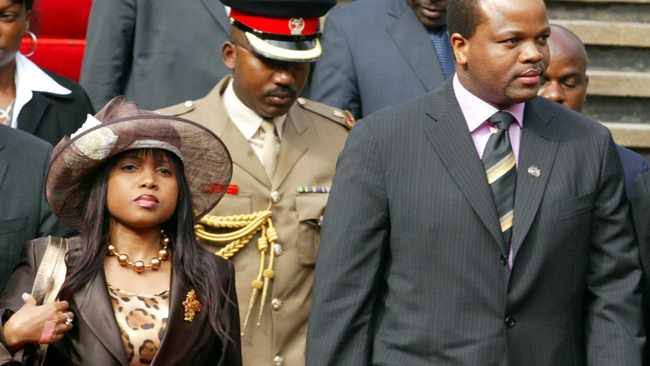 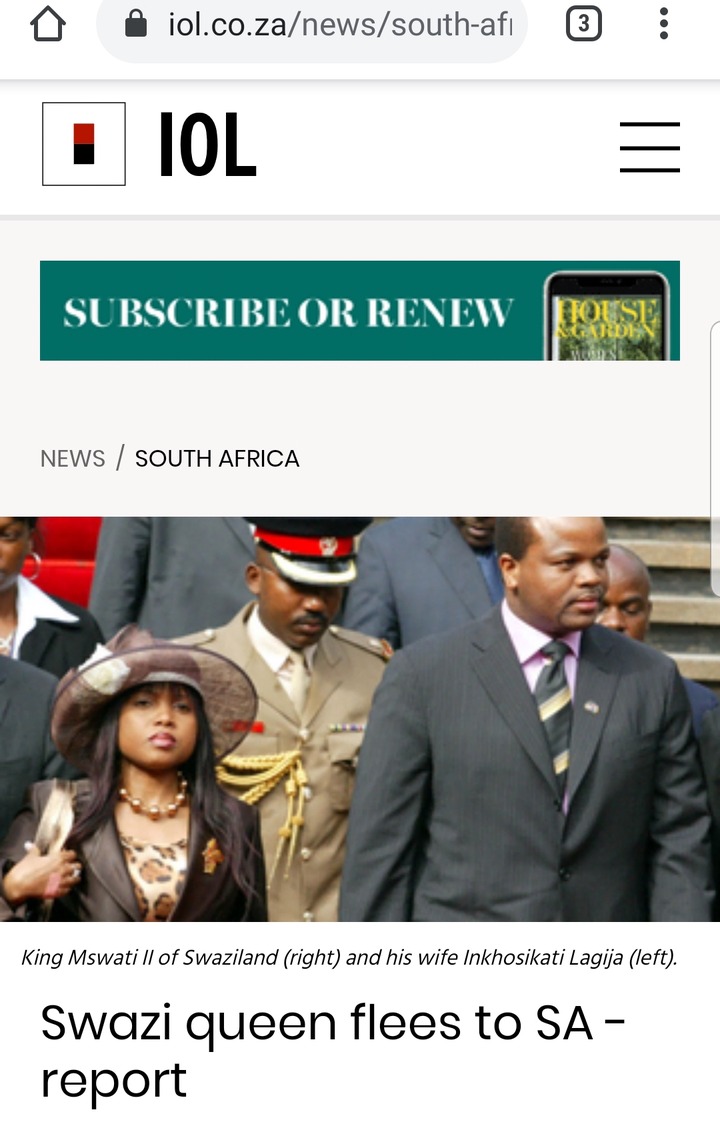 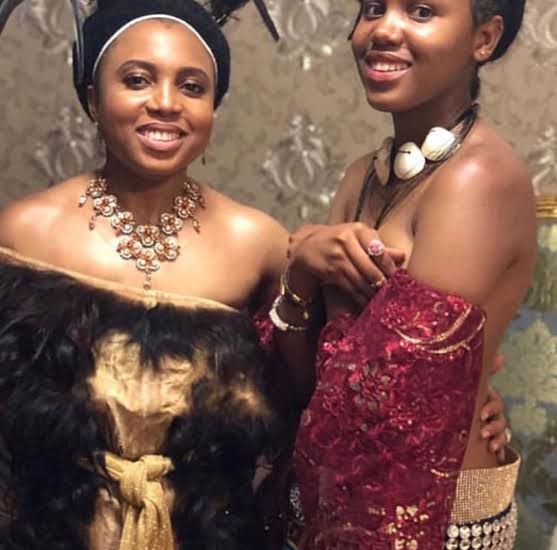