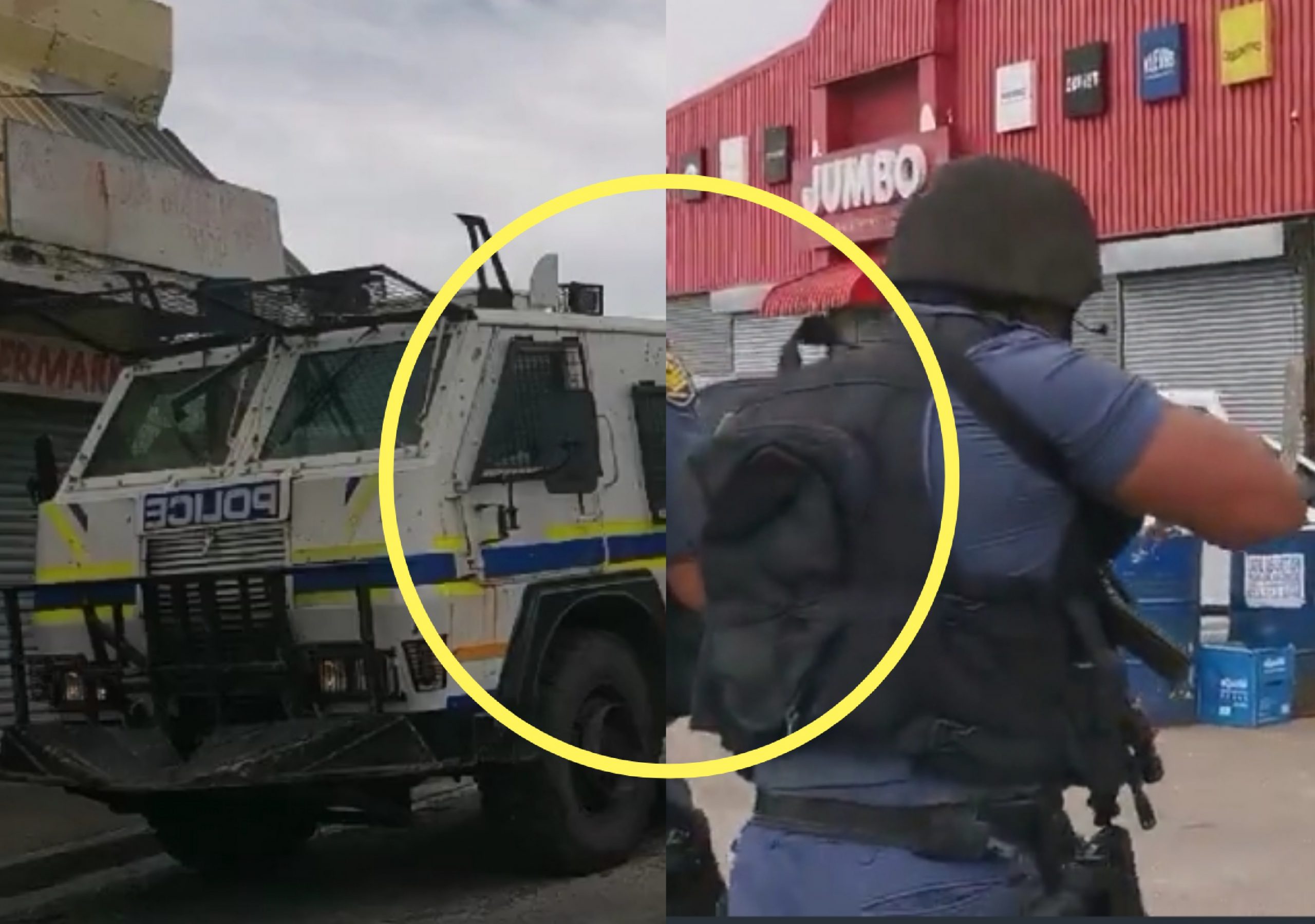 South Africa, Gqeberha – Well it seems the South African police service has finally responded to the violence, that erupted in Gqeberha between Somali foreigners and taxi drivers. South Africans have caused an outcry on social media wondering why they are still accomodating disrespectful foreign nationals in SA. Many are asking where are the licenses for this kind of weapons that were seen brandished by Somali’s in viral videos on social media. Police have descended on the Thanda Bantu store in Durban Road. Police Minister Bheki Cele is also currently at the taxi rank where the violence erupted. Cele visited the scene where the taxis were burnt. A heavily armed police contingent is now currently at the taxi rank in Durban Road. Various taxis have been set on fire in Durban Road, Korsten yesterday. It is not clear at this stage why the taxis have been set alight, but it is speculated that the violence erupted after an accident between a Somali national and a taxi driver. This is a developing story. Content created and supplied by: AnonymousNewsRSA (via Opera News )