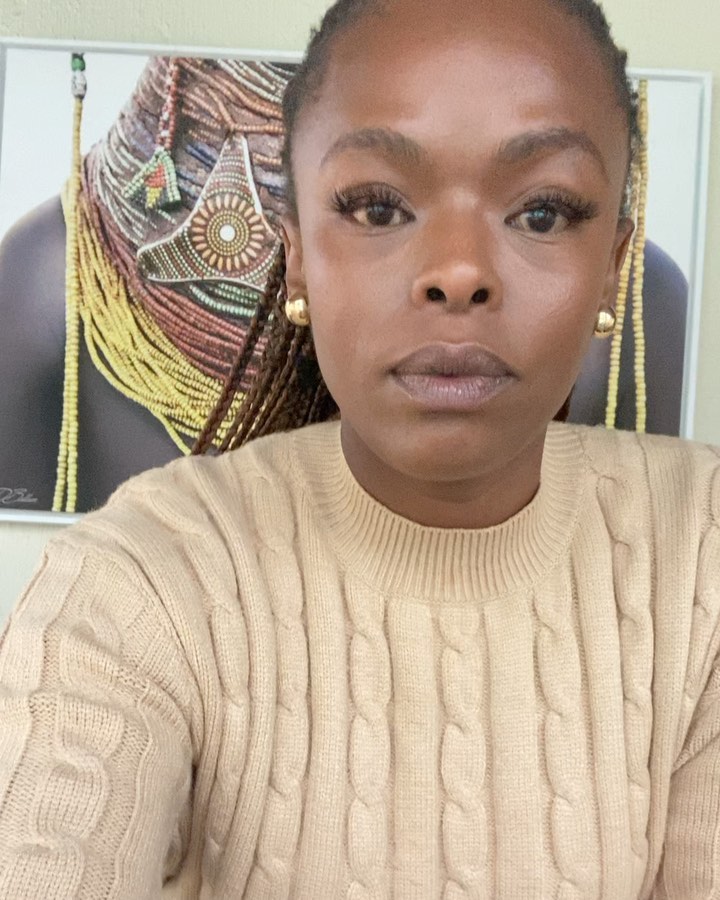 Idols SA judge Unathi Nkayi has broken her silence after she was given the boot from Kaya FM 959 abruptly.

Unathi hogged the headlines after the radio station announced in a statement that her contract was terminated with immediate effect. The station said Nkayi’s contract ended prematurely due to certain conduct that rendered the relationship intolerable going forward.

Taking to her Instagram account, the TV star said she was silenced by the station from sharing her side of the story.

She said she received a letter from Kaya FM, stating that she is not allowed to speak about the matter publicly due to their contractual agreement. “The only matter I will address because it is very important to me is the theme of GBV that keeps on coming up.

“In closing, Sizwe and I are not friends, I have decided to distance myself from him the day he decided it was okay to say on air that my marriage failed because of the way I allow my children to prepare umphokoqo eyakho.”

City Press recently reported that the Idols SA judge was fired after a heated argument with Sizwe Dhlomo. Unathi allegedly lodged a formal complaint against Dhlomo with the Human Resources department after he was late for his show and allegedly verbally abused her.

Size recently reacted to the drama and gave his version of events. He said what was in the media is true and that he was left amazed at how Unathi Nkayi would lie about him. He said he warned Unathi not to take the matter to HR but she insisted.

“Verbal abuse is a very serious allegation so I believe I would have been fired but more importantly, my reputation would have been in tatters. There’s nothing wrong with wanting to hear her side of the story but as I said, the City Press article is mostly true,” he said.

“So how do I set something up in a studio that she was occupying for three hours prior to me walking in? Tell me that. Also, I didn’t take the matter to HR, she did. I wouldn’t have even commented publicly if this thing hadn’t leaked but here we are now.”