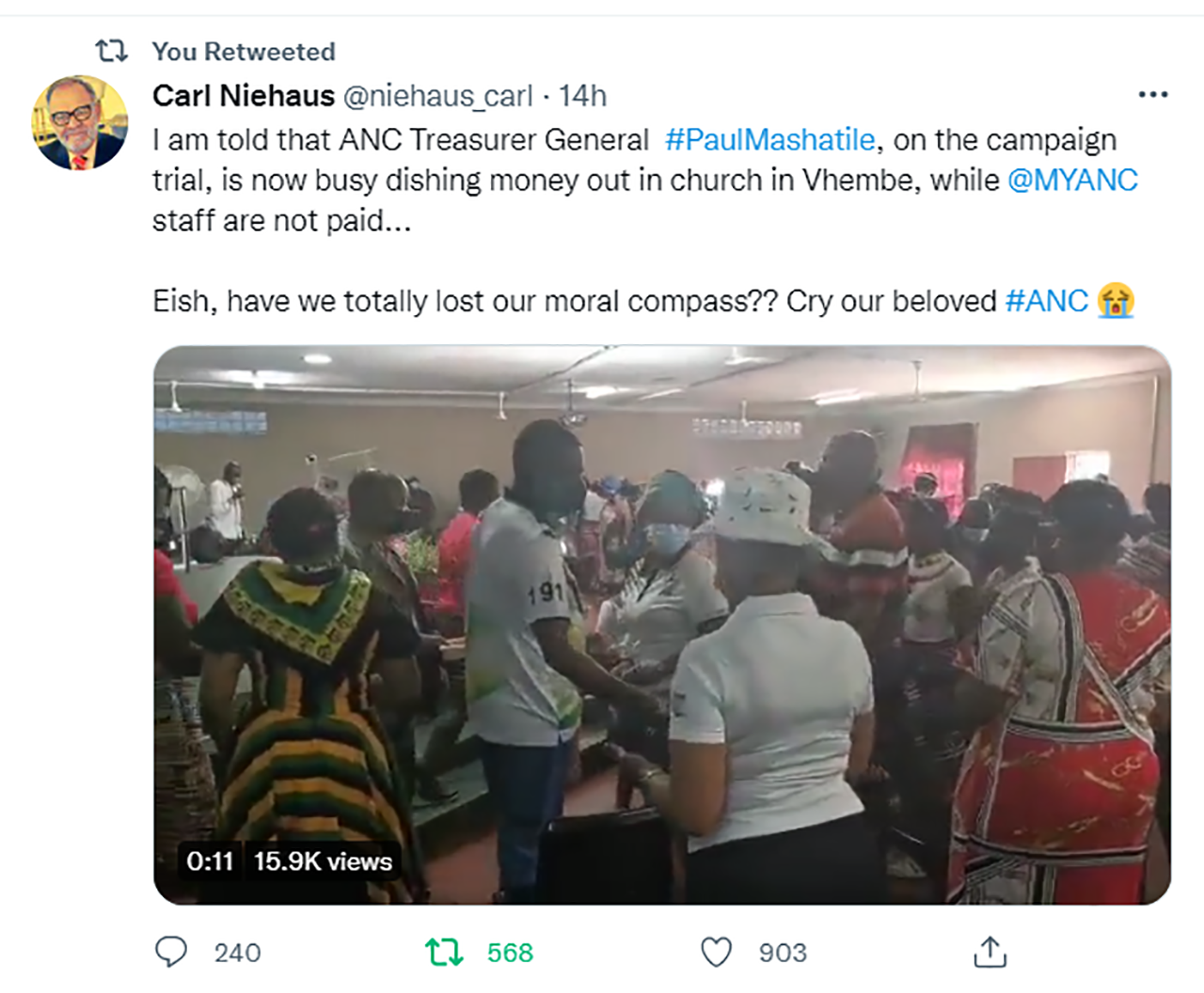 Elections have arrived. Political leaders are funding alternative quick ways to impress the citizens and buy their votes. There is surely an illegal way of campaigning. People should not be forced to vote for a certain political party, due to being given money. It is like a bribe, and the public should be wary of such campaigners. Paul Mashite who is the former minister of Arts and Culture, replaced by Nathi Mthethwa has surprised South Africans after the action he took inside a church. The lowest action that can be taken by a political leader is to get votes. The ANC has done it with no remorse. It shows the level of desperation the party is in. There is an awareness that things might not go well with the local national elections. People are tired of empty promises that the party has been making for over 25 years now. There is a need for change. Hlengiwe Mkhize, the late Deputy Minister in the Presidency, was remembered with a memorial service in Randburg. Mkhize died of cancer last Thursday, at the age of 69.

Paul Mashatile, Treasurer-General of the African National Congress, described her as a “phenomenal woman.” “Death has robbed us of a cadre who exhibited some of the finest qualities required by our movement, causing us to shiver in the cold and dark,” he said. “We will always remember comrade Hlengiwe as a humble and dependable servant of the people of South Africa.” Paul Mashite has his own reasons for his actions. He is responsible for what he has done. He can justify the incident, only those who were present on the scene know what happened. Everything happened quickly. It was at the memorial service of the late Prof Hlengiwe Mkhize. People hope that the action of Paul Mashite did not jeopardize the memorial service of the fallen legend Prof Hlengiwe Mkhize.

“I am told that ANC Treasurer General Paul Mashatile, on the campaign trail, is now busy dishing money out in the church in Vhembe, while @MYANC staff is not paid. Eish, have we totally lost our moral compass?? Cry our beloved ANC” said the suspended Carl Niehaus.

I am told that ANC Treasurer General #PaulMashatile, on the campaign trial, is now busy dishing money out in church in Vhembe, while @MYANC staff are not paid…

Eish, have we totally lost our moral compass?? Cry our beloved #ANC 😭 pic.twitter.com/ssEz8xtV4g