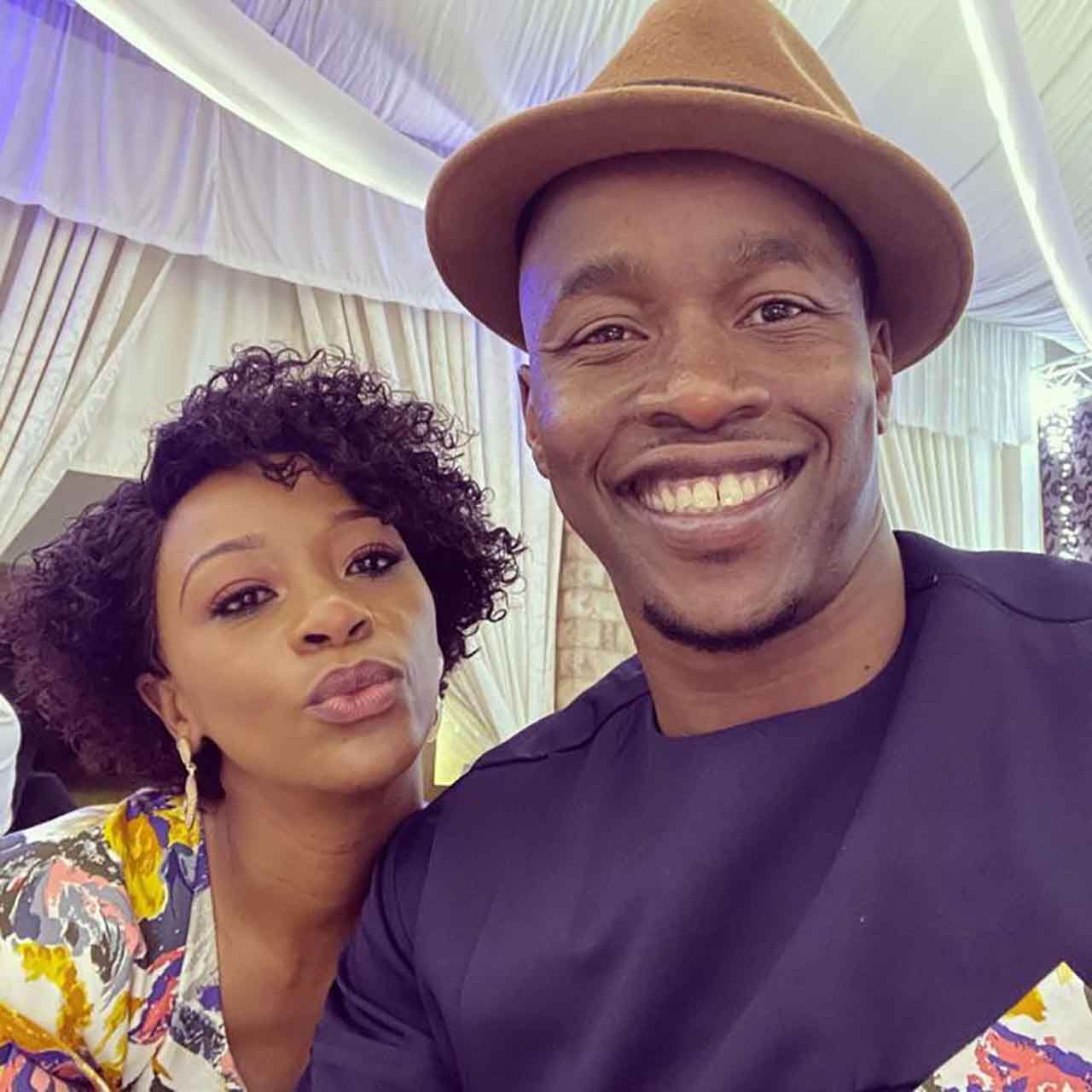 In recent years dating someone older than you as a man has become fashionable. However, this global trend has spared Mzansi. Of late, we have seen some of our favorite celebrities dating and going as far as marrying older women. No doubt love is blind.

Who knew that our very own on-screen fav Lerumo happens to be a ben 10 somehow. Yes, he is a ben 10 to her wife, should we say, baby mama.

Calm and collected, one would never imagine that he can spit bars. The celebrated musician recently called it quits to his on-screen character so that he could pursue his passion for music. The actor shocked Mzansi when he announced his exit from the drama series after 13-years of unmatched talent.

However, of interest is his off-screen life that has got Mzansi talking. We can all agree that those charming looks always leave a lot to be desired. Sorry ladies, he is off the market and is married to Salamina Mosese. The couple is a testament to the fact that true love still exists, especially in celebville.

The two are kicking it like EA, and they started dating back then when they met as Backstage cast. I one of the interviews, the power couple made it known that they wanted to commit to each other and make their relationship work from the word go.

Salamina has openly admitted that Lerumo smote her. At the same time, Tshepo couldn’t believe his luck when he befriended, and the actor got the shocker of his life when the two decided to take things to the next level. The couple has been married for 13-years.

A few years ago, the couple made all sorts of headlines when they won the Inspirational Couple of The Year Award at the I Do Awards. After it seems as if Lerumo happens to be a ben 10 since he is younger, we can all agree that age is just a number, right?

It seems as if that’s one of the shocking revelations of our time. The actor was born on 19 July 1983, whilst his wife Salamina was born on 19 June 1983. This makes Tsepo one month younger than his wife.