Shocking: This Is What Is Happening In Alexandra Now

Shocking: This Is What Is Happening In Alexandra Now 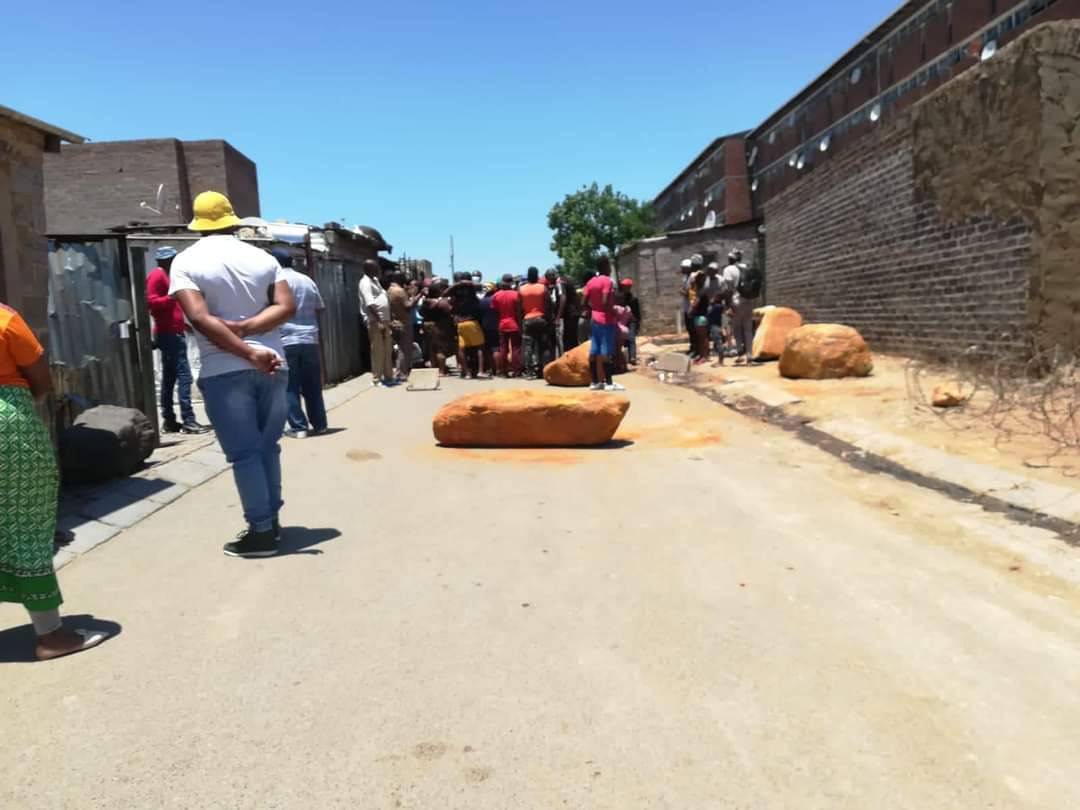 There’s an ongoing protest at 6 Hofmeyr, Boitumelo Early Learning Centre. The community members are not happy with the principal after she extended the holes of her institute, the principal says that she has a title deed therefore she owns the land meaning she can do whatever she wants with it. the residents are not happy because they were using the space for their businesses too, so they are complaining that the principal has now taken away that privilege from them.

They have blocked the road with stones, they said until their principal makes it end they will not stop their protest because the principal is very selfish. Apparently, the construction of the wall began in mid-September, the residents wanted to break it down three weeks ago but ended up not doing it. It is possible that this whole protest was done just to do what they failed to do three weeks ago, they might end up trying to breakdown the wall or do anything that will force the principal to give them that space.

It is understood that the principal claimed her title deed alongside her lawyer. The former councilor of ward 107, Ambe Maseko, was contacted by the angry residents to inform him about the matter. Maseko then did what he was asked to do by the residents, which was for the wall to be brought down but the principal refused, with valid reasons. The matter seems to have escalated so police have been called but so far there are only two police officers who are attending to the strike, hopefully, they will be able to handle the pressure and the crowd that is not stoppable. What’s your take on this matter? Comment below and don’t forget to like and share the article.