SEE Before and after NSFAS challenge doing the rounds:Fun moment hits Mzansi again 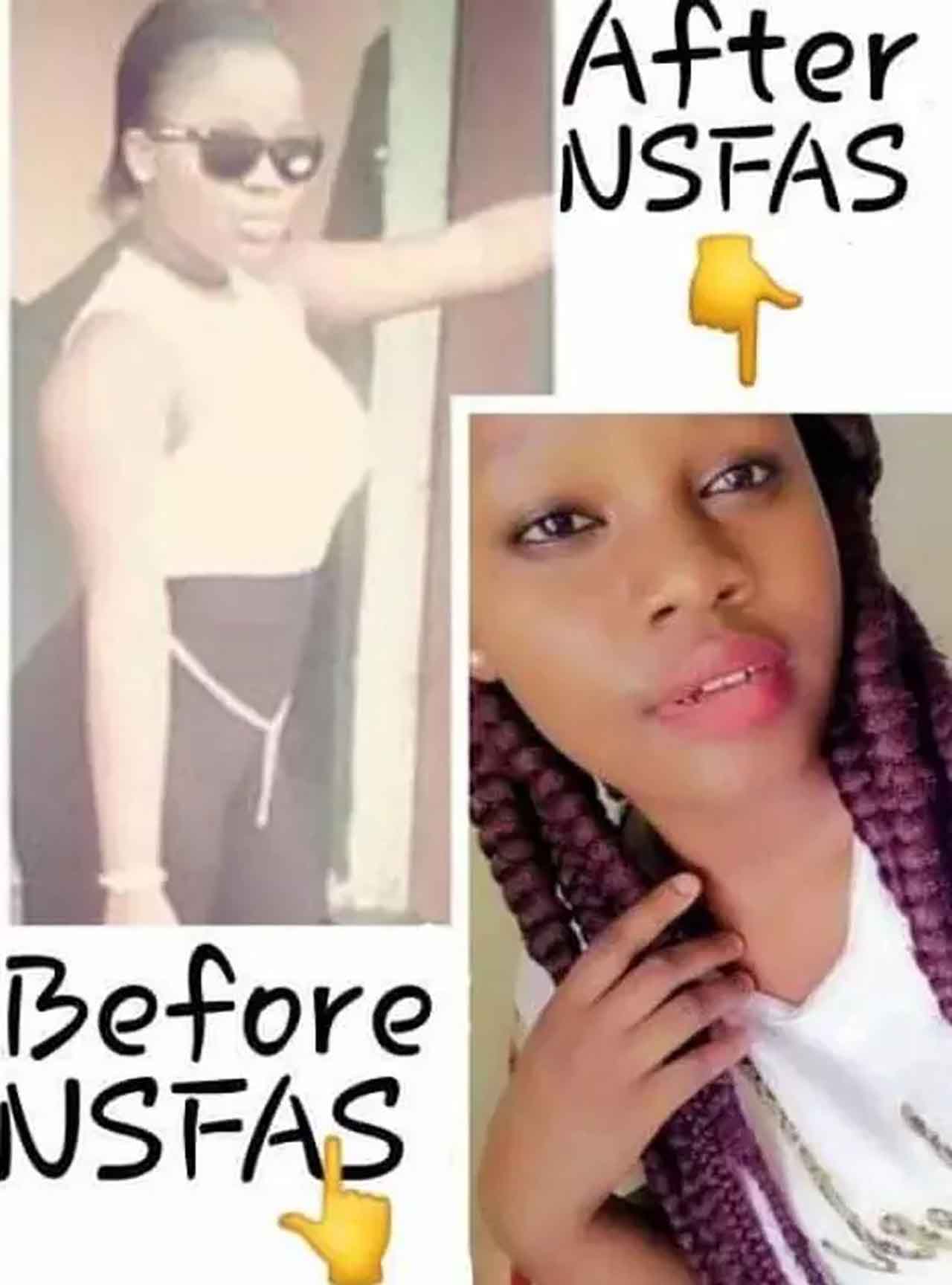 Well, in many of our black communities throughout South Africa, it’s a well-known myth that when someone matriculates and then goes to some other big cities, their looks alter. Certain individuals alter by gaining weight, while others either acquire complexion or develop some beautiful features or bodies.

Mzansi students and graduates recently launched a trend on Facebook where they were spotted posting this picture before they were approved and started collecting the nsfas allowance and after they started getting the allowances. There’s a lot of distinction between most of them.

Ok, this before and after NSFAS allowance also demonstrates that sometimes we’re not nasty at strangers, we just don’t have enough to finance ourselves to buy any good toiletries.

If you look at those photos above, most of you would agree with me that the nsfas allowances have washed most of those people and transformed them into better versions of them. Content created and supplied by: Connecting. Mzansi (via Opera News )