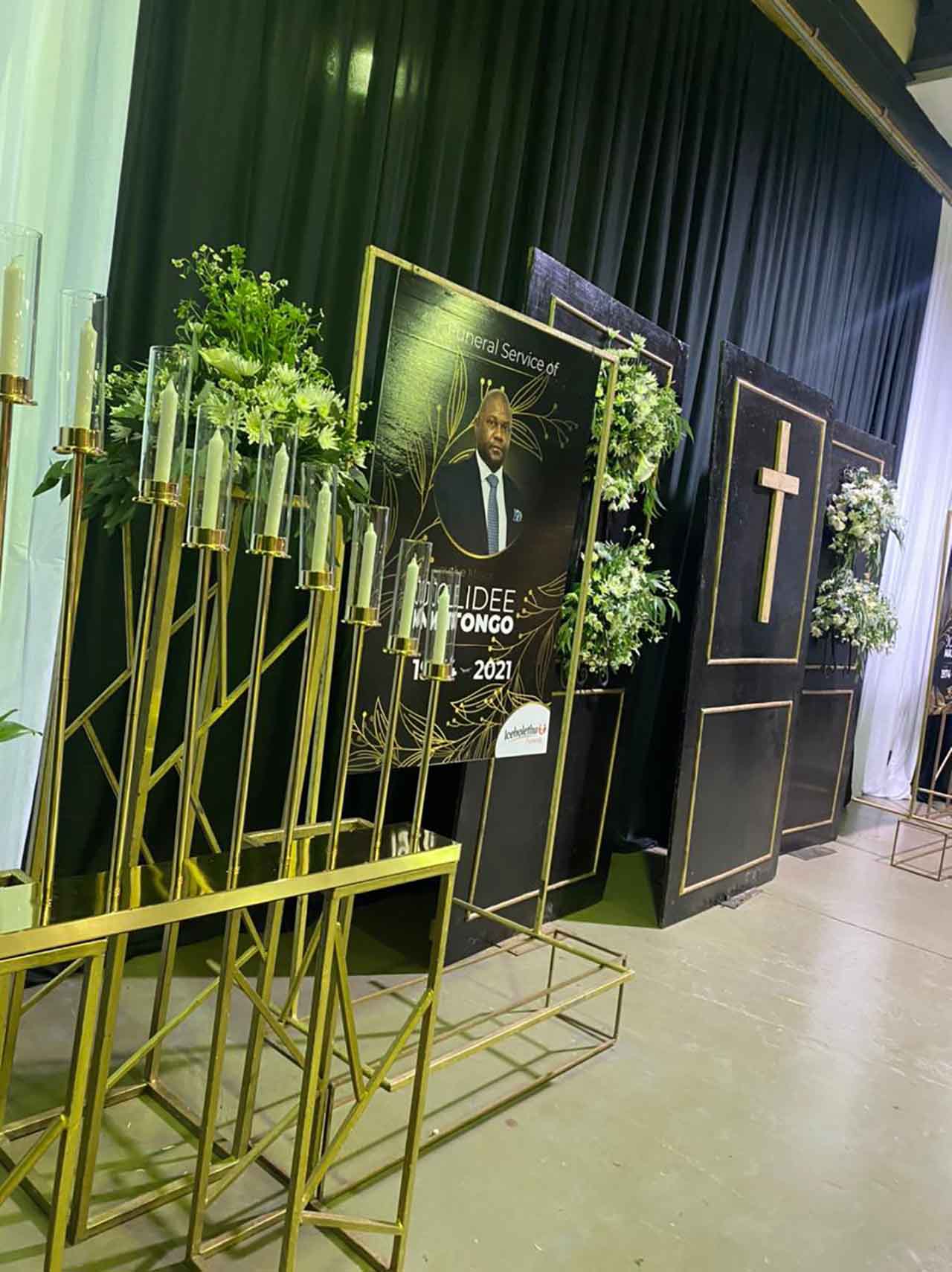 Another funeral for another political giant. The country has been dealt a heavy blow by the passing of City of Johannesburg Executive Mayor, Jolidee Matongo. His funeral comes just barely two weeks after the ANC lost a veteran, Kebby Maphatsoe. A dark cloud has fallen on the governing party indeed. As Mzansi bids farewell to the late Matongo, his comrades and family pay tribute to a leader whose personal attributes and character live on as an inspiration to many. All those who knew him to remember his dignity and sincerity, his affable manner, and his humble demeanor. Matongo has been honored with a civic funeral on Friday for the service he rendered to the council and the city. Matongo, who was sworn in as mayor in August following the passing of Geoff Makhubo, died in a car crash last weekend while traveling on the Golden Highway.

The late mayor Johannesburg, Jolidee Matongo is being laid to rest today, a funeral service lead by his family and faith leaders Members of the ANC paid their last respects when they gathered at the late mayor’s home in Lenasia South on Thursday to pay homage to his family and his legacy of selfless leadership. Political parties in Johannesburg have put they