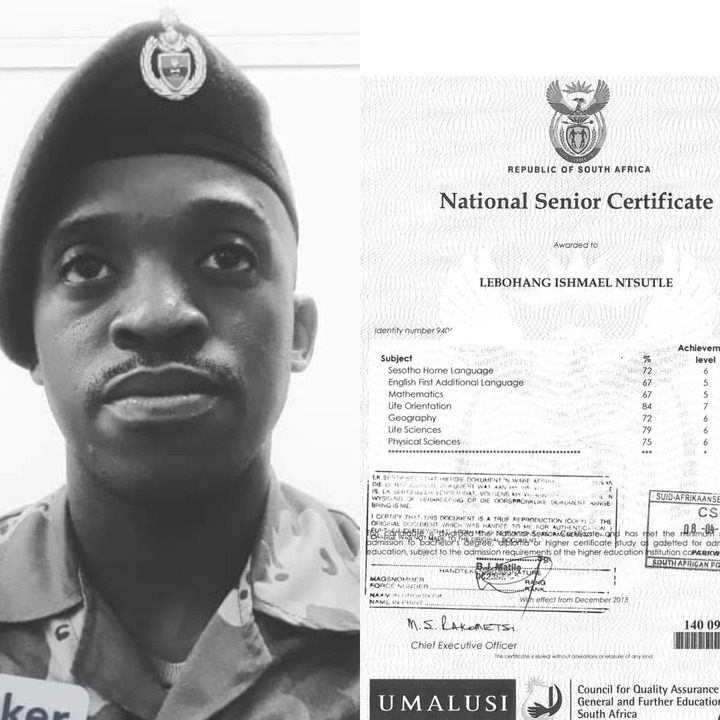 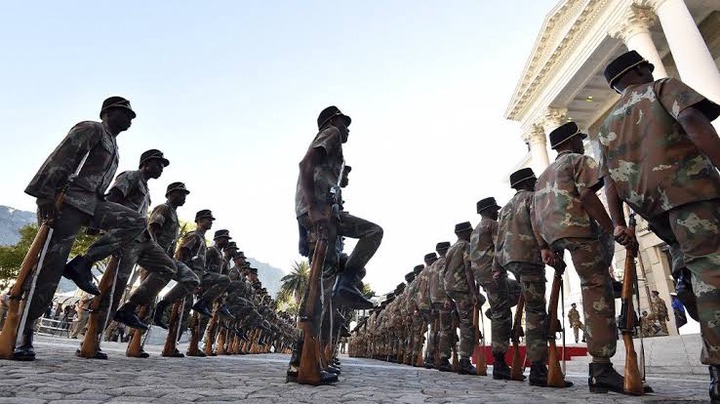 Usually, people have the stereotyped perception that soldiers are the muscles with no brains, and unfortunately that was the case for Lebohang Ishmael Ntsutle who goes by the name of “Morena King Phefomoloha”, as well. He went to Facebook and wrote, “somebody called me a grade12 yesterday. I am pretty sure she thinks we ended up wearing the uniform because we weren’t passing. I was very shocked but also happy that he reminded me of something very beautiful I put away in one of the drawers I hardly open” 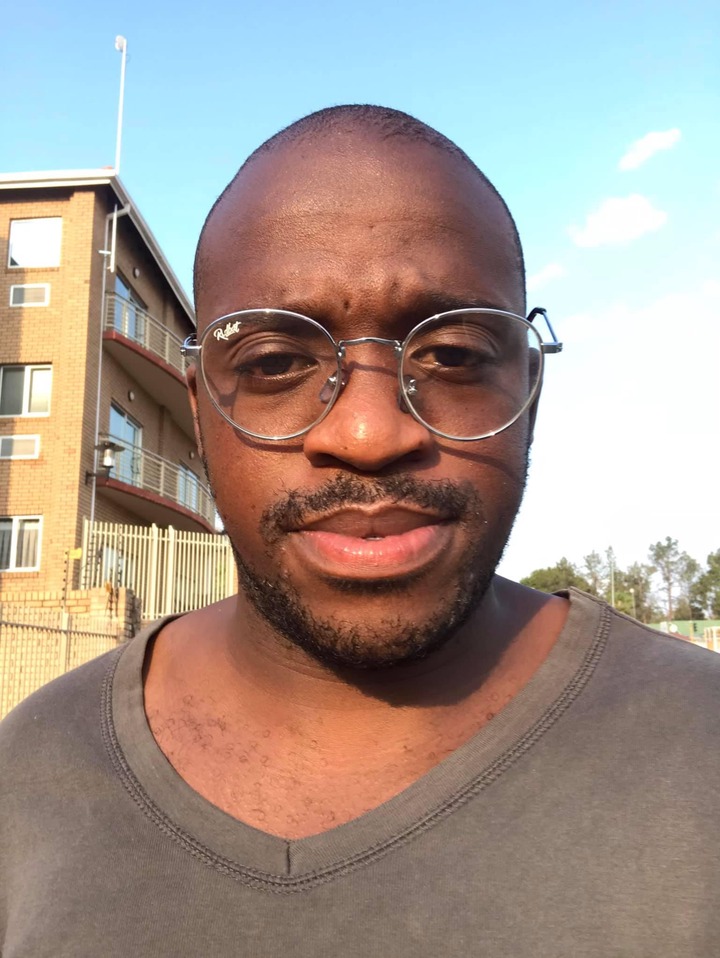 The South African National Defense Force (SANDF) does not just recruit anyone with a matric. They must reach a certain threshold with regards to their matric results.

Our diplomas and degree should be a way of enabling us to feed our families, not our brothers and sisters.

For an example, Lebohang’s certificate shows great results and the lowest marks he has are English and Mathematics, but even they’re only on level 5. Which shows that the young man could have been anything he wanted to be but chose to join the SANDF because of passion. 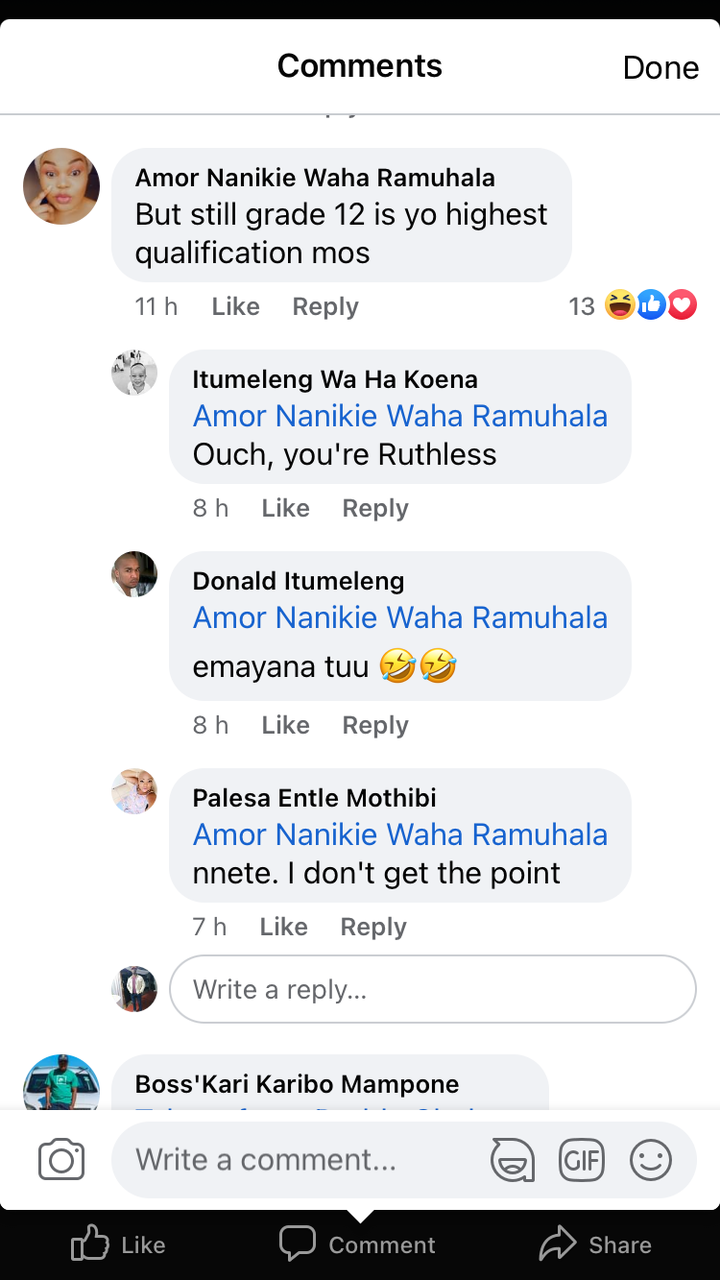 We must respect police officers and soldiers because their job is to protect and serve you and I. Plus , having matric is a great achievement

Content created and supplied by: HolisticEye (via Opera News )