PICS: Minnie Dlamini baby son is beautiful as his mother, Take a look at Netha Jones

PICS: Minnie Dlamini baby son is beautiful as his mother, Take a look at Netha Jones 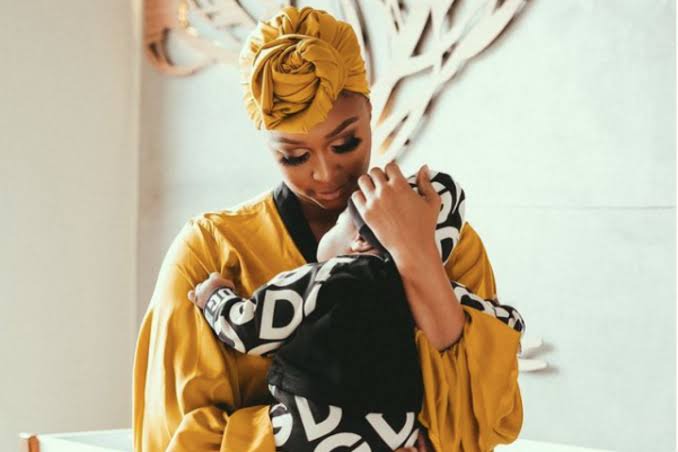 After a disastrous relationship with Kaizer Chiefs goalkeeper Itumeleng Khune, it is beyond a doubt that Minnie Dlamini has finally found the love of her life. Minnie made her relationship with Quinton Jones public in 2016 after they had been quietly and covertly dating for a number of years prior. A gorgeous traditional wedding, as well as a white wedding, were held in 2017 to bring the couple together. Minnie Dlamini and Quinton Jones have been together since 2017, and they recently celebrated their 4th wedding anniversary. They have one baby together. Minnie Dlamini described their marriage as difficult since they had sought to separate, but out of love, they were able to mend two things at the same time and are now happily married.

The year 2020 came about as a result of numerous complaints that she had been married for an extended period of time but had not given birth or increased her family with her spouse. Many folks were really anxious about why she was not giving birth at the time they expected her to. Minnie had thankfully announced in September of the previous year that she was heavily pregnant and expecting a baby boy, which was a relief for everyone. Minnie Dlamini stated on her Instagram account in November of the previous year, 2020, that she had been blessed with a newborn boy, announcing the birth of her son. Your husband, Quinton Jones, and you have been blessed with the addition of a new member to the family, according to the media personality who captioned the photo.

In November 2020, Minnie Dlamini and her husband, Quinton Jones, welcomed a beautiful baby boy named Netha Makhosini Jones into the world. Minnie named her son after her late brother, who passed away. Minnie and her husband are constantly flaunting their adorable baby son on social media platforms. The baby boy has been taken on several holidays since he was a small child, including a trip to the Durban beach.

Although the infant boy is 1 year this month, his parents have lavished lavish attention on him, which is a wonderful development. Content created and supplied by: Daily_News (via Opera News )