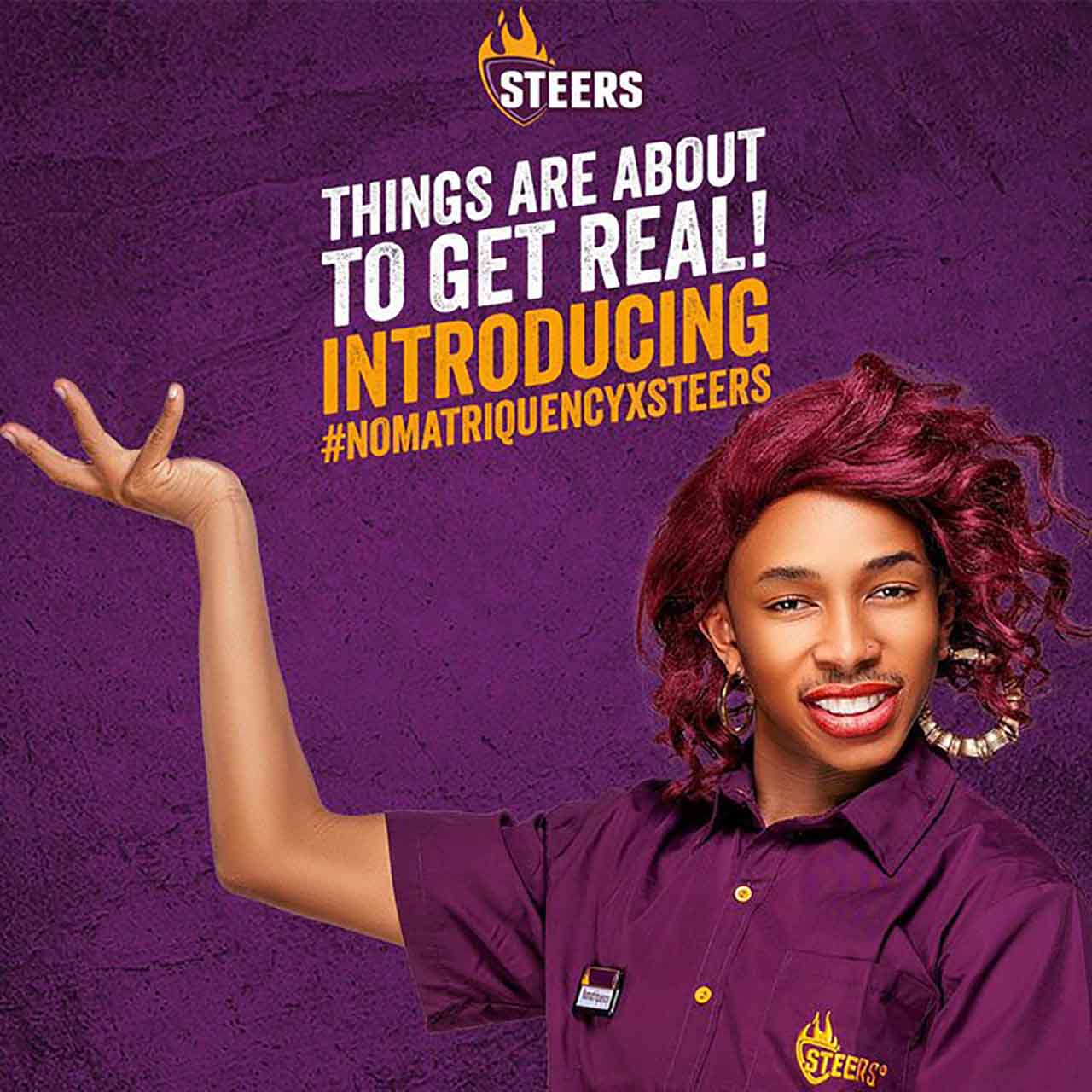 Lasizwe Dambuza broke the internet today when he announced that his YouTube character ‘Nomatriquencey’ has landed a job at Steers. He does not want to celebrate this achievement alone, as he has called for his followers to participate in a competition, to win something amazing.

Without revealing too much information about his new deal with Steers, he hinted,” I’m so nervous about this BIG ANNOUNCEMENT I’m about to do today… I’m in such a celebratory mood! I need my fans to also be in the mood.”

Lasizwe is doing this for his fans as a token of appreciation for their support. “Good luck to everyone entering and this is my token of to you for your support.” In the promotional video he shared, Lasizwe can be seen serving unexpected customers with the same attitude ‘Nomatriquency’ is known for.

“Over the years I have been on YouTube a Sibille email (we ate the money), I have clocked over six figures. My first check on YouTube was R80 000,” he said. His last project was ‘Drink or Tell the Truth’ which saw celebrity guest judges telling on things they would never talk about.

When he spoke on the show he said he wanted to treat his audience to something a bit different. He also spoke about how the industry makes people robots and they often lose themselves. In his last episode, he admitted to falling through eh pressures of social media after he lied about buying a house in Sandton.

“Okay, to be honest, if Khanyi didn’t call me out, (laughs). But the lesson learned for me. You know journalists, they investigate and it would’ve spiraled out of control and I’d look way worse. Thank you so much for calling me out,” he communicated.

Content created and supplied by: SkhumbuzoGcwabaza (via Opera News )