Minister Gwede Mantashe With This Lady In The Office, Who Is She?

Minister Gwede Mantashe With This Lady In The Office, Who Is She? 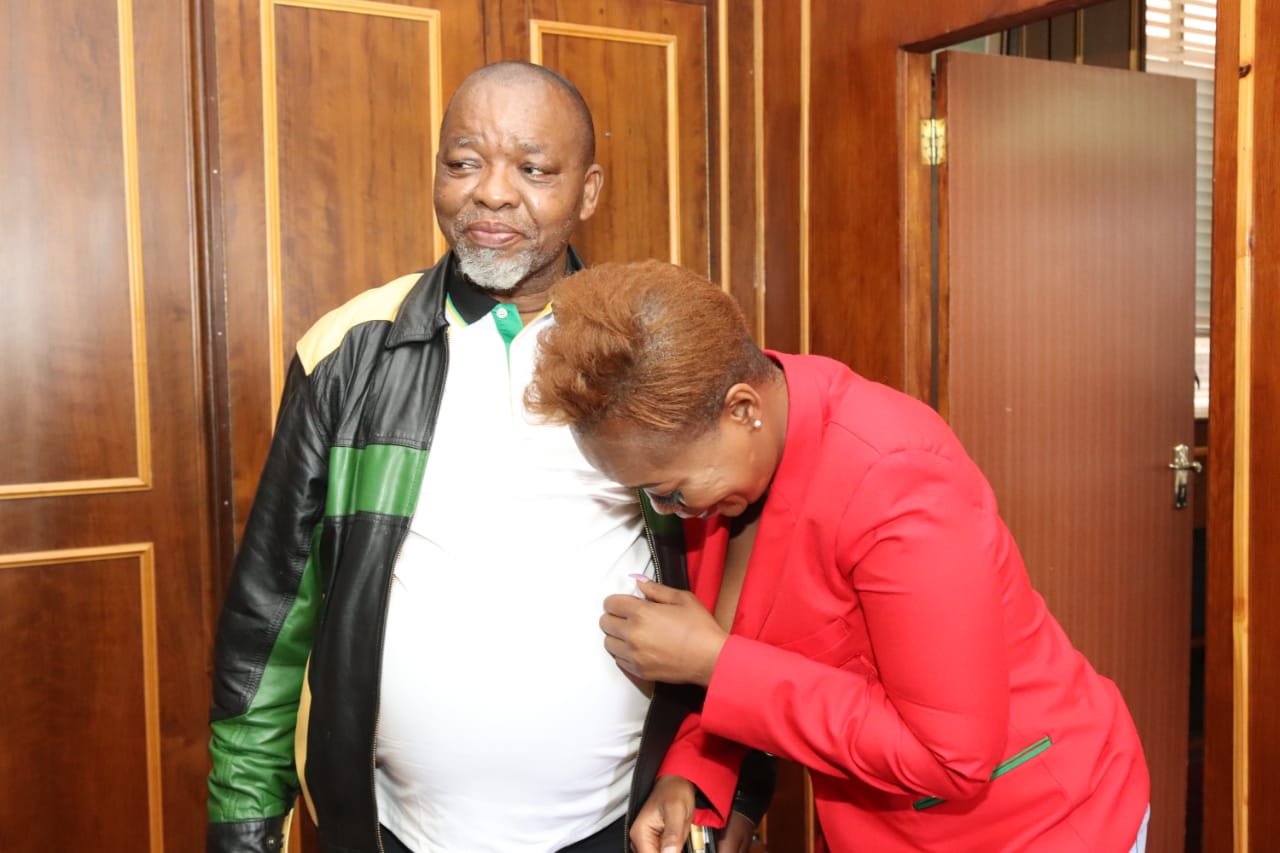 Minister Gwede Mantashe was posted on social media, Twitter, by this lady who shared the photo with an interesting

caption. They are in an office building.

A lady by the name of Qwabe Nonhlanhla is the one who took to Twitter where she posted some photos of herself with the minister in what looks like an office.

The lady posted the photo as she said that they encourage the people and thanked the minister that he has been a minister who gives hope to the people. It is unclear what she was referencing here.

She then added that she is no longer losing hope anymore but her hope has been reassured.

The minister is in his ANC regalia which shows that he was perhaps in an ANC event.

Minister Gwede Mantashe is the ANC’s National Chairperson and also serves as the Minister for Mineral Resources and Energy. He previously was a Secretary General for the ANC.