Kidnapped KZN Doctor has been found but unwell

Kidnapped KZN Doctor has been found but unwell

A missing KZN Medical Doctor by the name of Ayanda Dlamini disappeared on the 27th of August. Friends and family were worried about her whereabouts and took to social media to ask for assistance in locating her. The woman was believed to be taken by a man who was later seen on CCTV.Fortunately the woman was found alive but still shaken by the incident. Her sister announced on social media on Monday afternoon. 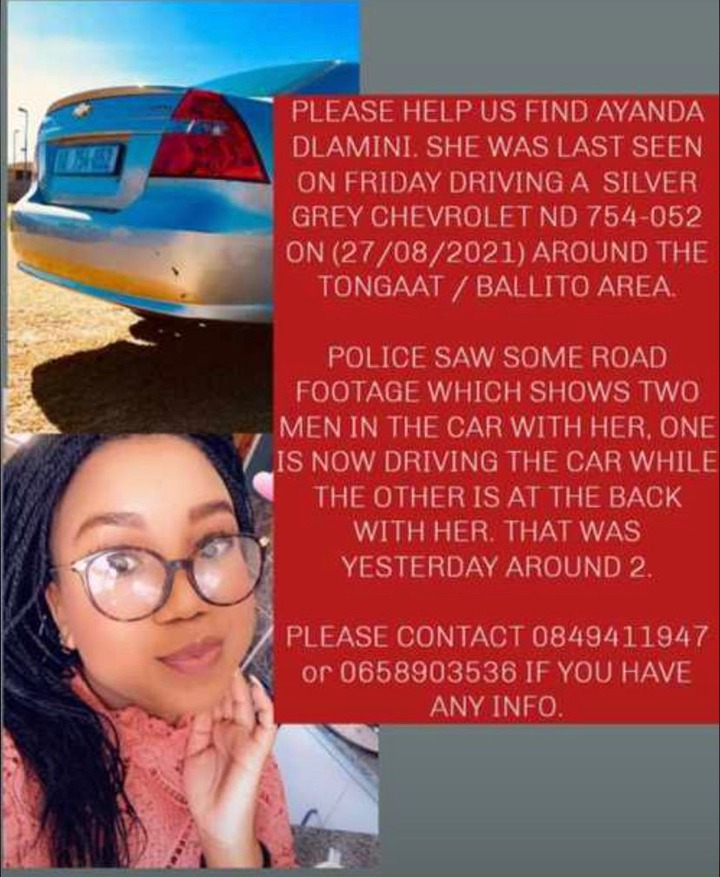 Police have arrested 2 suspects and they have confessed that they aren’t the only ones involved and police are hoping to make more arrests soon. Ayanda Dlamini is still at the police station as they are waiting for a family member to come and identify her but the family is certain it is her. Friends and family thanked everyone who took their time and contributed in finding Ayanda. Well done to the police for acting swiftly in this matter.

Content created and supplied by: Kgangi (via Opera News )