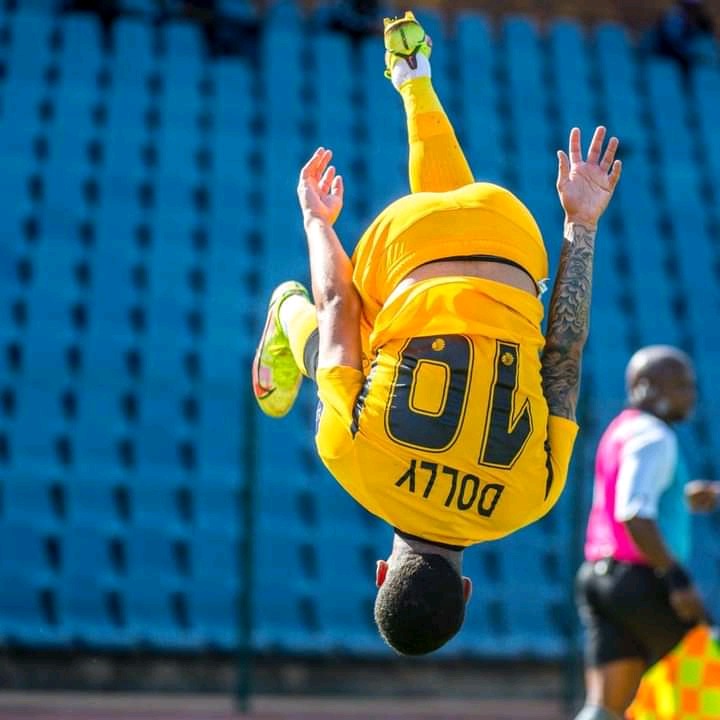 Kaizer Chiefs has secured the second position in the Premier Soccer League (PSL) log table following a victory against their Soweto rivals Swallows FC on Sunday afternoon.
Amakhosi headed to the game aiming nothing less than three points to make up for the poor performance they displayed against Amazulu on Wednesday. The game started slowly as the Chiefs wanted to build from the back in windy weather at Dobsonville Stadium.

In the first half, the wind was in favor of the Chiefs but the club could not take advantage of that immediately as they started the game slowly.

Instead, the Swallows showed signs of danger despite playing against the wind.

As the first half progressed Chiefs started to show a sense of urgency as they realized that the time is going against them and the club started to look for an opener. Two minutes before halftime in the 43 minutes, Amakhosi found an opener through Keagan Dolly after he was set by Khama Billiat and put the visitors in the driving seat.

Three minutes later in the 45+1 minutes, Billiat found his own goal and doubled the lead of Amakhosi assisted by Ramahlwe Mphahlele.

The game entered the halftime with Chiefs leading by two goals. In the 53 minutes, Billiat completed his brace after he was set by Bernard Parker and extended the lead of Amakhosi to 3-0.

Ten minutes later in the 63 minute Swallows pulled one back through Lebohang Mokoena after he caught Chiefs goalkeeper Daniel Akpeyi off guard.

Swallows failed to score more goals and the game ended as 3-1 in favor of the Chiefs.

Amakhosi are now in the second position above Stellenbosch FC who dropped points this afternoon following a 1-0 defeat by Royal AM. Chiefs have collected a total of 22 points in 13 games played so far this season.

The club is only eight points behind the log leaders Mamelodi Sundowns.

Following this afternoon’s defeat Swallows dropped to the rock bottom of the log table below Marumo Gallants.

Content created and supplied by: Yandamayne (via Opera News )