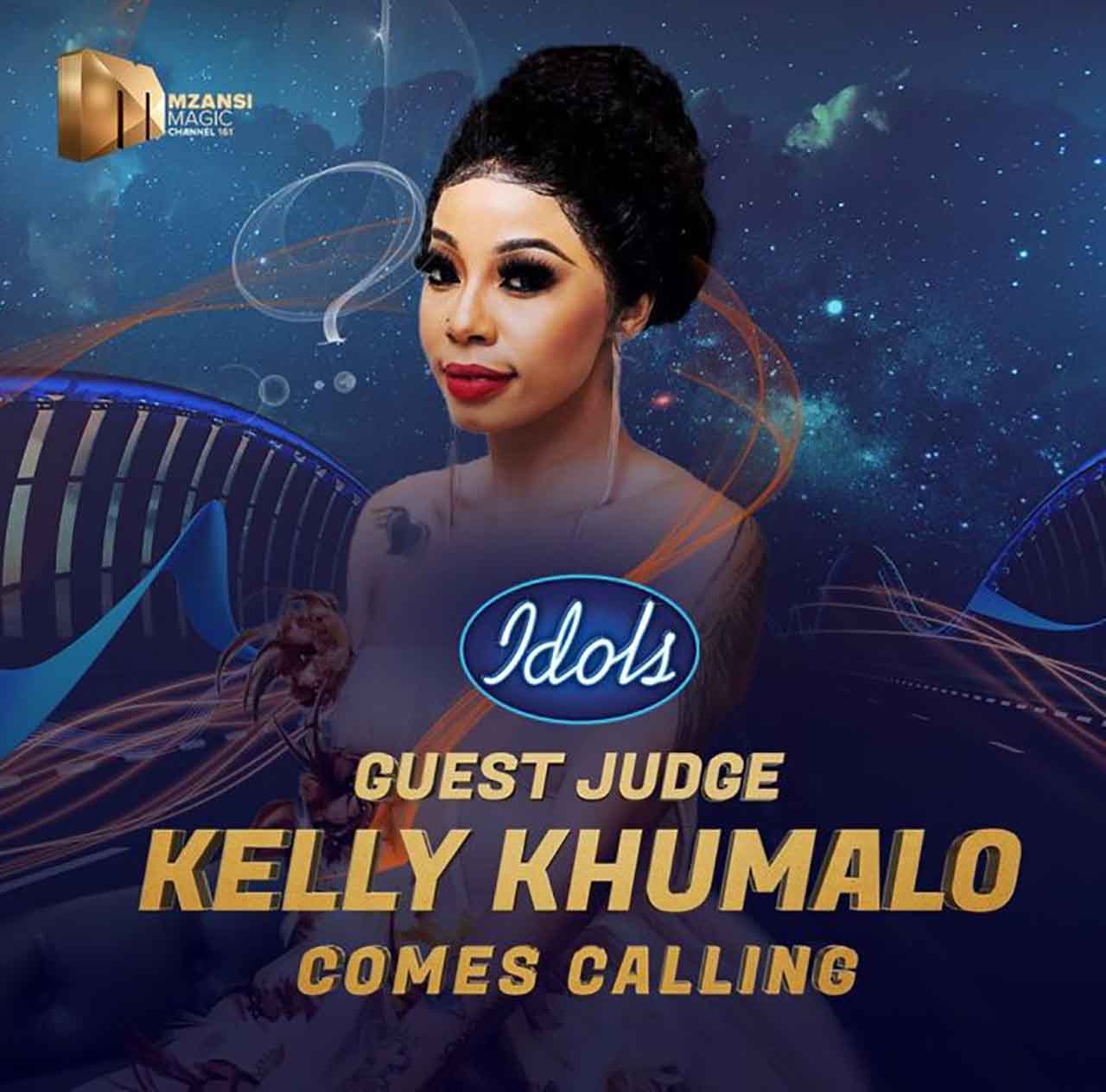 AFTER many calls by the fans of the show, this coming Sunday award-winning musician Kelly Khumalo will be part of Idols SA.

The songstress, who has become a household name in Mzansi, will be a guest judge on the show joining resident judges Unathi Nkayi and Randall Abrahams.

According to Idols SA, they chose Kelly, who they described as unpredictable, because of her amazing track record as a musician which makes her a fitting guest judge for Idols SA.

“Kelly Khumalo has never been someone who can be described as ‘predictable’. What we do know is that she has plenty of advice to give, and we can’t wait to see what it will be,” the Idols SA statement read. Kelly Khumalo

Last week, the show had actor and presenter Khaya Dladla as a judge. He impressed viewers, who pleaded with the creators of the show to keep him permanently.

The rotation of guest judges comes after the show put judge Somizi Mhlongo on ice following abuse allegations that were leveled against him by his estranged husband, Mohale Motaung.

Previously, stars like Lady Du, Prince Kaybee, and Oskido appeared on the show as guest judges.