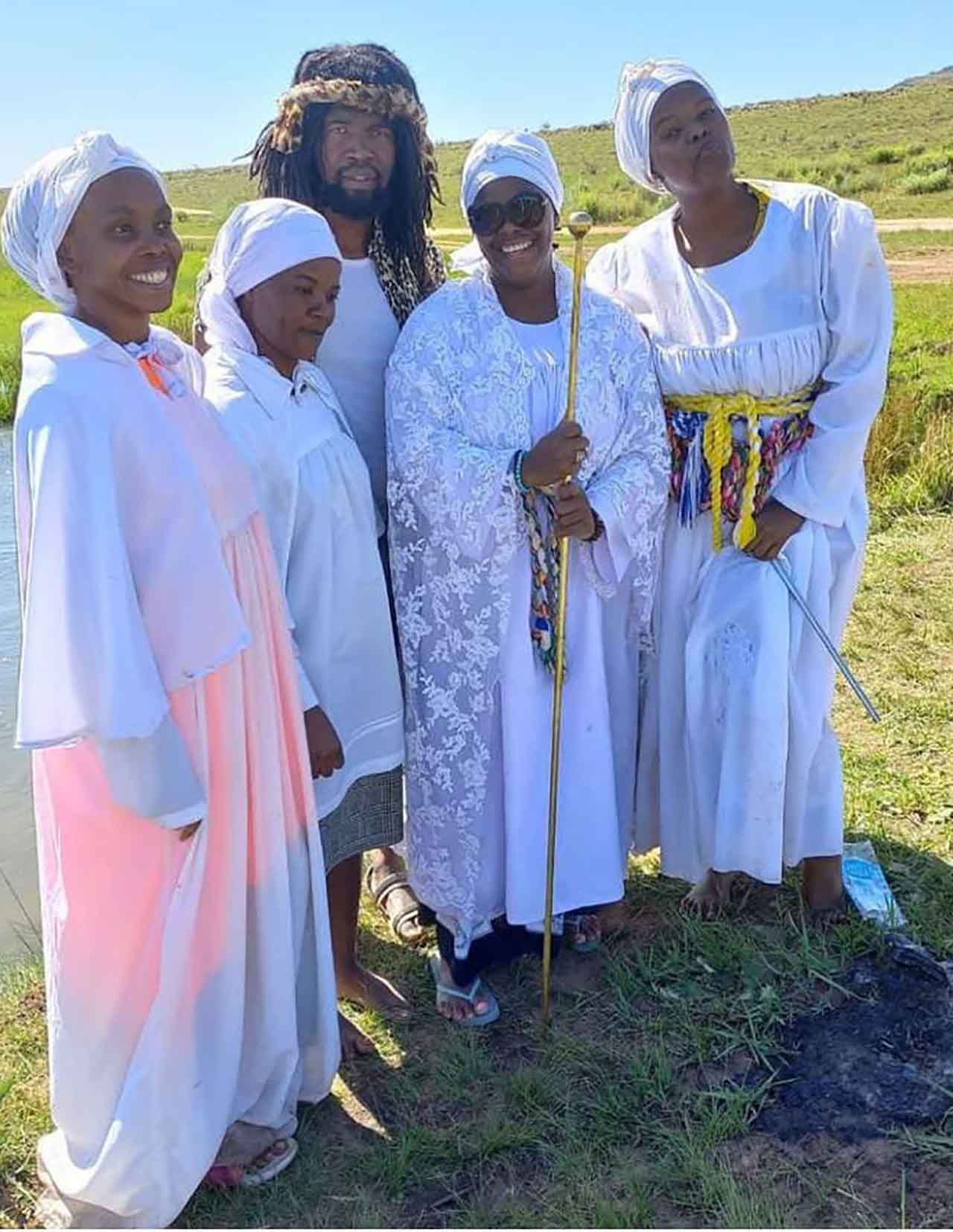 Durban- Another celebrity has accepted her calling of being a sangoma and has joined other many celebrities who have come forth to have accepted the calling.

In one of my articles here, I explained deeply about the cause of accepting the calling. I reported this based on the research I conducted especially from those who already practice.

It has to do with deep calling and it forces you to accept because certain things in your life come to a standstill and require that you accept the calling for things to be alright again. Now, Mzansi Celebrity News ©has learned that a former Palo actress, who is currently in Diep City, Dawn Thandeka King, is now a sangoma.

King, who plays the role of MaShenge on DiepCity encouraged people to take care of their mental wellness and heal spiritually.

Taking to Instagram, she shared photos of herself flanked by a man, women, and children whom she calls her spiritual children. They are dressed in white dresses standing by the river in the photo.

The actress- sangoma said she was called to be a spiritual mother and said spiritual healing is very important as it brings peace. “Healing is a process, when you heal in spirit, you heal physically. Trust the process.”

“To be called to be a spiritual parent is a huge responsibility. Nampa abantwana be zithunywa engihamba Nazi.”

The actress has also been posting videos where she raises awareness about mental illness and previously confirmed that she is a sangoma who heals people.

Another actress we recently reported on who has embraced her calling is the former The Queen’s actress, Andrea Dondolo. She had recently graduated from her sangoma training and she posted images in her Instagram during her ceremony.

Dondolo explained that it has not been easy in her life until she accepted her calling and now she is a free person.