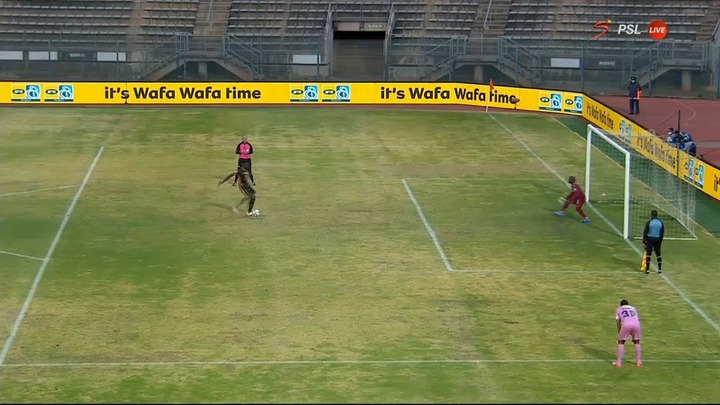 A former Premier Soccer League referee Ace Ncobo has finally broken his silence on Mamelodi Sundowns goalkeeper Kennedy Mweene diving during penalties. Sundowns won 3-2 in their MNT8 quarterfinal match against Kaizer Chiefs, but the win has been marred by poor officiating. 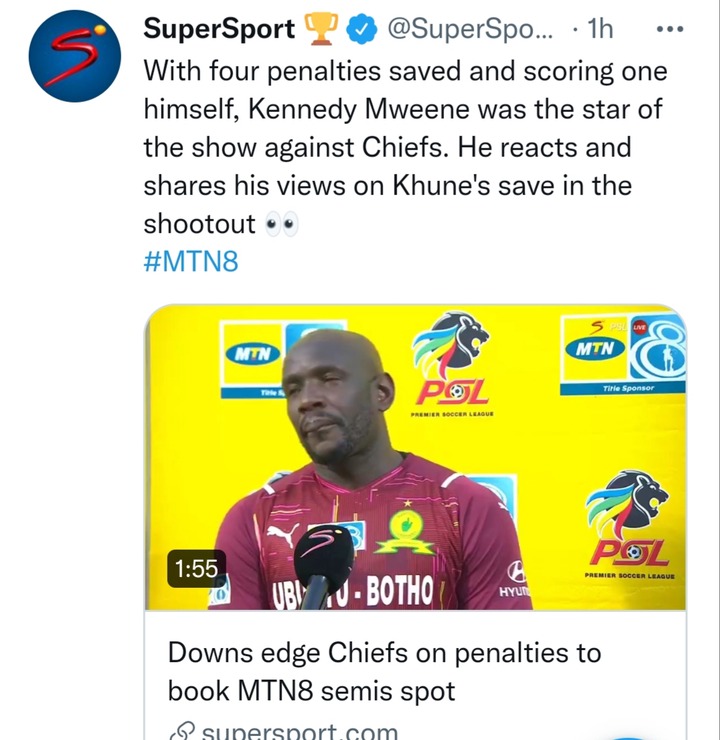 With four penalties saved and scoring one himself, Kennedy Mweene was the star of the show against Chiefs.

“The defending goalkeeper must remain on the goal line, facing the kicker, between the goalposts, without touching the goalposts, crossbar or goal net, until the ball has been kicked,” said Ace Ncobo.

The linesman failed to apply a simple rule on 4 consecutive occasions. He was in the right spot to see that Kennedy Mweene was diving. The match officials have to improve this season as they were under heavy scrutiny last season. The Premier Soccer League should also introduce VAR to curb this poor officiating. 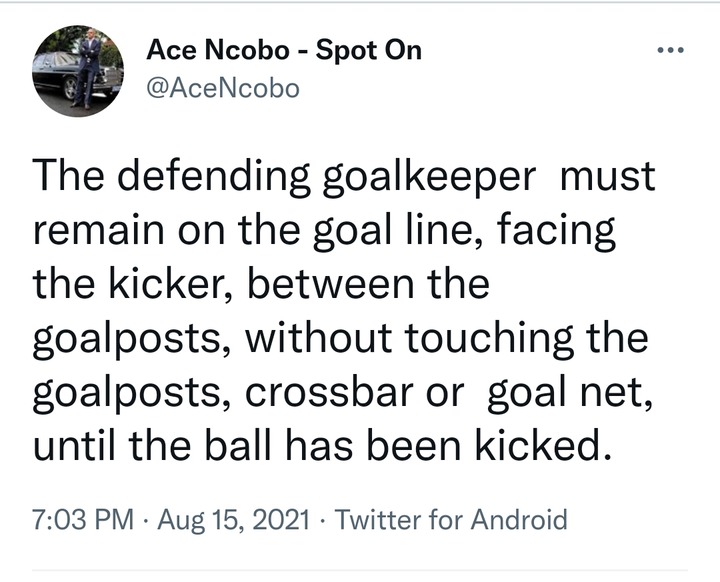 Content created and supplied by: KevinGary (via Opera News )