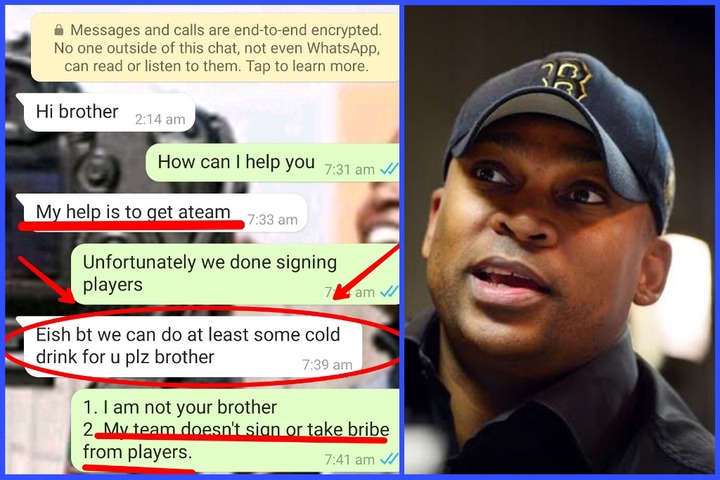 In the conversation, the player is seen offering a bride (cold drink) in order to get signed by a team, but fortunately the other person refused the offer, and this is how some football fans on Twitter responded to the screenshot, even Robert Marawa was left stunned by what he saw… 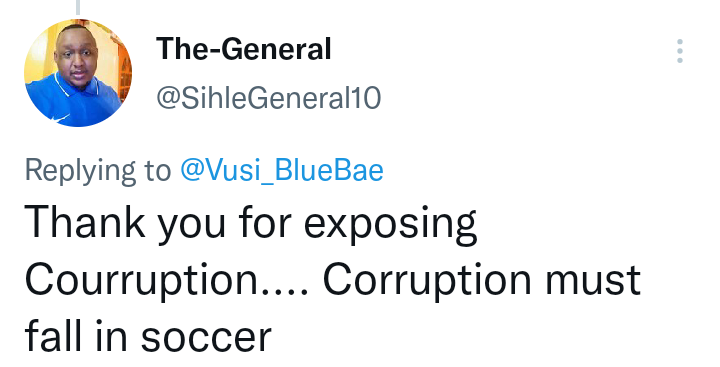 “Thank you for exposing Courruption…. Corruption must fall in soccer”

“Agents always do this. Just here it was a player trying to do his own intermidiary stage. Even at our national team, agents always negotiated for the players to be selected”

“I bet this is true! There are players who plays for the big teams and when you’re watching them.. you wonder how did this person signed for the team in the first place 🤔🤔🤔”