Pics! MaMkhize In Hot Seat After She Was Caught In Camera Bathing With Milk

Pics! MaMkhize In Hot Seat After She Was Caught In Camera Bathing With Milk 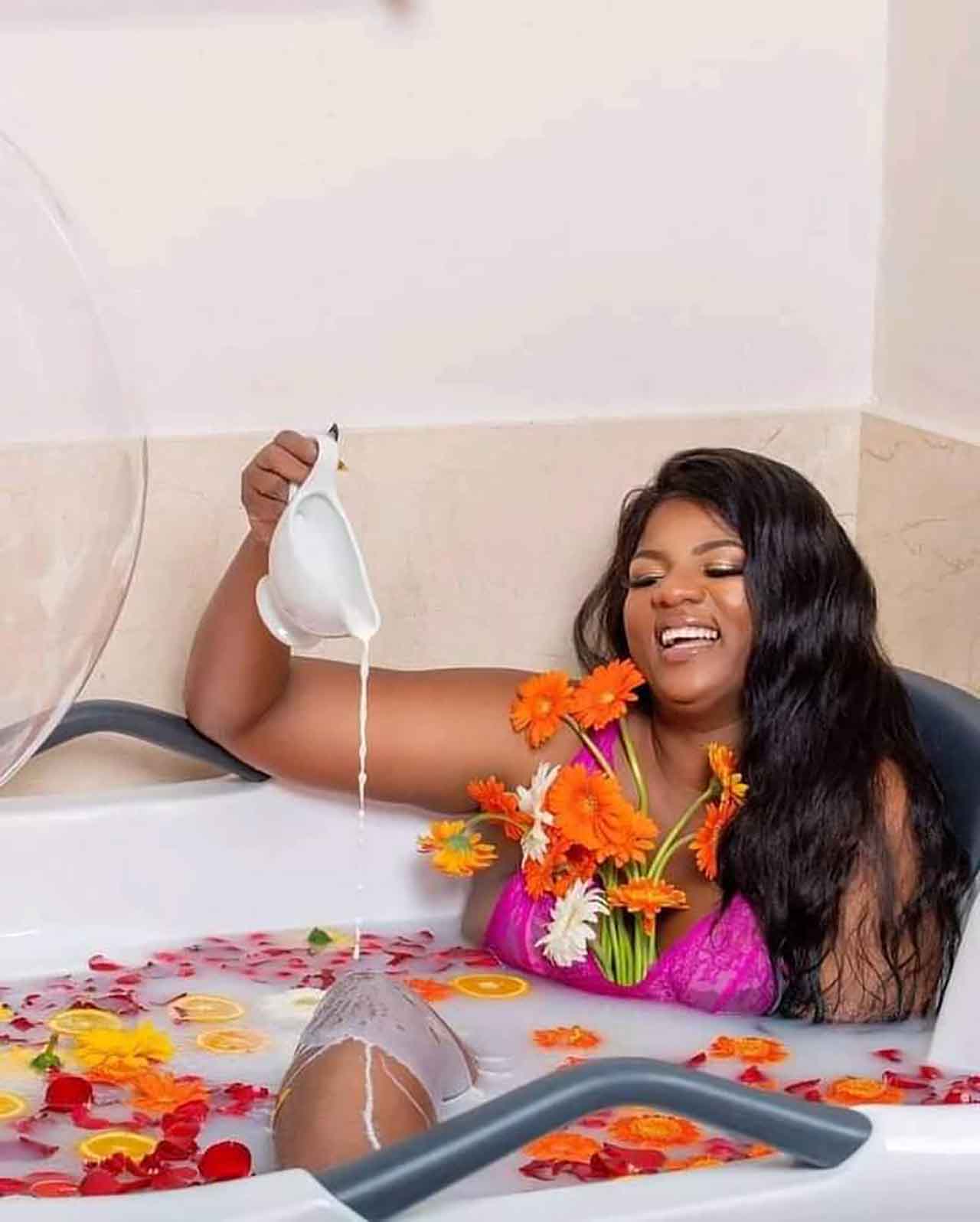 Mackie In Hot Seat After She Was Caught In Camera Bathing With Milk. See In Photo Here

MaMkhize is really living her life to the fullest. Mzansi is still left off gut to hear that Mamkhize spend so much money just for Bathing. One of the social media users took it to social media where it was shown that MaMkhize was spotted inside a bath which cost millions.

With caption: “Some will Not Believe Me: In this Pic, Shawn Mkhize spenT R7 million just for Bathing.

R600 000 was paid to the photographer. Remember when I told You that She can Buy Limpopo province and Name it Mkhize province.”

I’m not if the figure is correct or not but the amount which is here is too much. I know Sue is one of the richest businesswomen in Durban who is driven by crime by money but to through money like this is really a show-off. We have seen many rich people who multimillionaire buy they never play with money.

I’m not blaming her for using her money but as you can see in this picture that she is Bathing with milk it’s not the water that you and I use to bathe. The little cap or jag that she’s carrying in her hands is the one used to carry milk inside.

We have other businessmen like Motsepe but you will never see him doing this but he is busy donating. As MaMkhize she is busy spending money that she does not need. She’s not even helping build Zulus the Malls because they have nowhere to go shopping but hai MaMkhize though.

What do you think of MaMkhize Showing Off money as if there is no tomorrow? What does she use this money for something? There are many charities that she can use her money and donate to the poor.