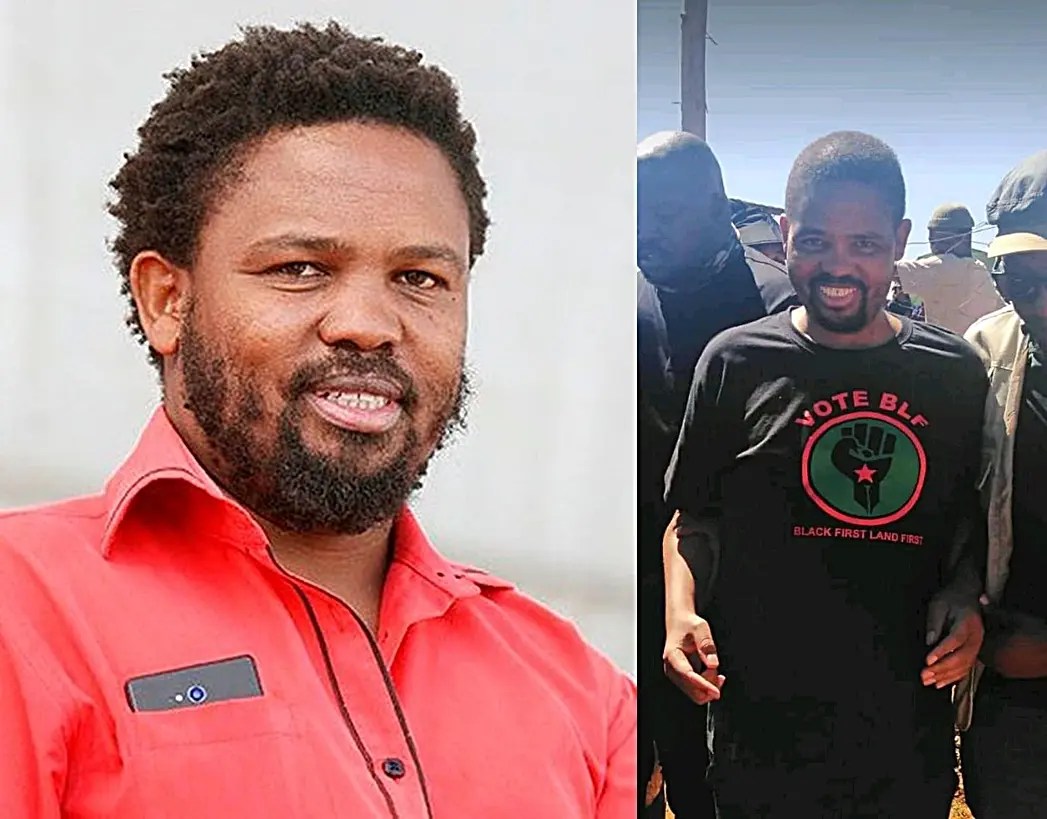 It was immediately apparent that he had lost a great deal of weight, although reports suggest he is now on the mend, and he was smiling in videos and photographs on Sunday.

In a public appearance with his supporters, he thanked party members for continuing with BLF work while he was recovering.

The Citizen understands Mngxitama opted to keep his poor health status confidential while he was ill, but people close to him have said that he nearly died.

The BLF will be contesting some municipalities in the local government elections on Monday, but its campaign was very low-key due to the long absence of its outspoken, controversial leader whose party was deregistered for a time due to its refusal to allow white people to be members.

Mngxitama has long courted controversy for his hardcore stance that only black people should be considered the rightful owners of land and other resources in South Africa. He was previously a senior member of the EFF and a member of parliament but had a very public fallout with the party and its leader Julius Malema in 2015. He and a group of other EFF dissidents were expelled.

Black First Land First (BLF) President Andile Mngxitama thanks his comrades and the leadership of BLF for continuing with the work in his absence importantly volunteers who continue to campaign, door to door so that black people have an option. #LGE2021 #VoteForYourLife #VoteBLF pic.twitter.com/rxU1lj6TxC

Andile Mngxitama of BLF before and now 🤔🤔 pic.twitter.com/3HkqPDrK7o

Shortly before his disappearance from public life in about June 2021, Mngxitama was advocating passionately against Covid-19 vaccinations, having previously publicized the myth that the disease is caused by 5G cellphone towers.

The BLF contested its first elections during national and provincial elections in 2019 but failed to win a seat. Mngxitama accused the IEC of not capturing their votes accurately, saying after the results were declared: “We reject these elections … we were robbed. In many instances, results from their voting districts where 50 of our comrades voted say BLF came out with zero votes. A lot of our votes were stolen.”

WISHING HIM A SPEEDY RECOVERY. MAY HE GET WELL SOON #Andile mngxitama pic.twitter.com/L30oBHLGx0

I would like to wish Cde Andile Mngxitama a speedy recovery and strength to the entire BLF family, ibambeni ngakho Sankarists, Pan Africanists, Sons and Daughters of the soil.🤎

Speedy Recovery to One of the Greatest Black Thinkers.

“I’m not here to be understood. I’m here to say there’s a Black group who don’t accept the current deal”.

Strength to Andile Mngxitama, Leader of BLF 🙏 I hope he pulled through 💔 pic.twitter.com/Pu2D2X4FwK

It was great to be in the presence of the President of Black First Land First (BLF) comrade and my brother Andile Mngxitama. #LGE2021 #VoteForYourLife #VoteBLF pic.twitter.com/OATNdKH2Be