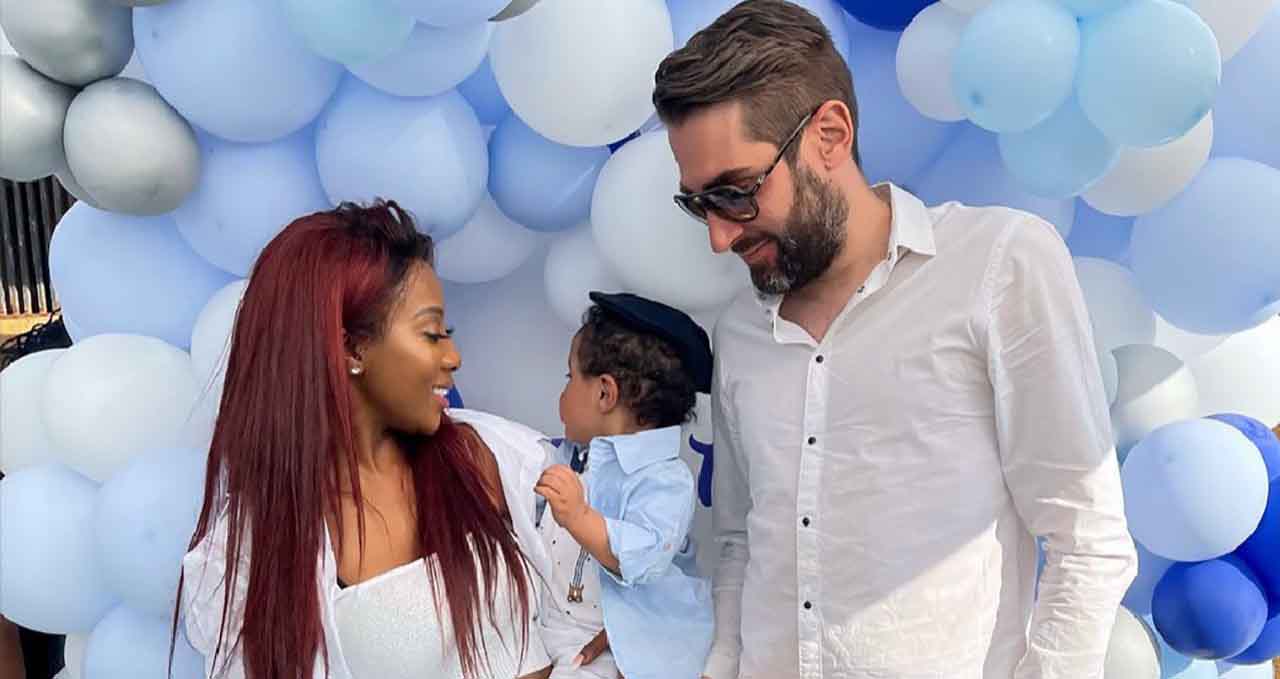 Pearl Modiadie and her partner celebrating their son’s 1st birthday left everyone speechless. Those who are fans of Pearl and do follow her on social media would know that she gave birth to her first child last year. A special moment for as she became a mother to a baby boy.

She named her son Lewatle, which translates to Ocean in English. People were definitely happy for her on this new journey of motherhood. Throughout, Pearl has been sharing special moments with her son via the pictures she posts on social media.

In her recent post on Twitter, she was with her beautiful family celebrating Lewatle’s 1st birthday. The three looked amazing in their blue and white outfits and balloons as their background. This was definitely an amazing family picture that got people’s attention.

Fans couldn’t help but express how great they looked and also wished Lewatle a beautiful birthday. See more of people’s reactions down below;

Share your thoughts on the comment section, what do you think of their picture and the theme for their son’s 1st birthday? Content created and supplied by: It’sReal (via Opera News )