New Jacob Zuma T. Shirt has been released. See what is written on it that sparks debate

New Jacob Zuma T. Shirt has been released. See what is written on it that sparks debate 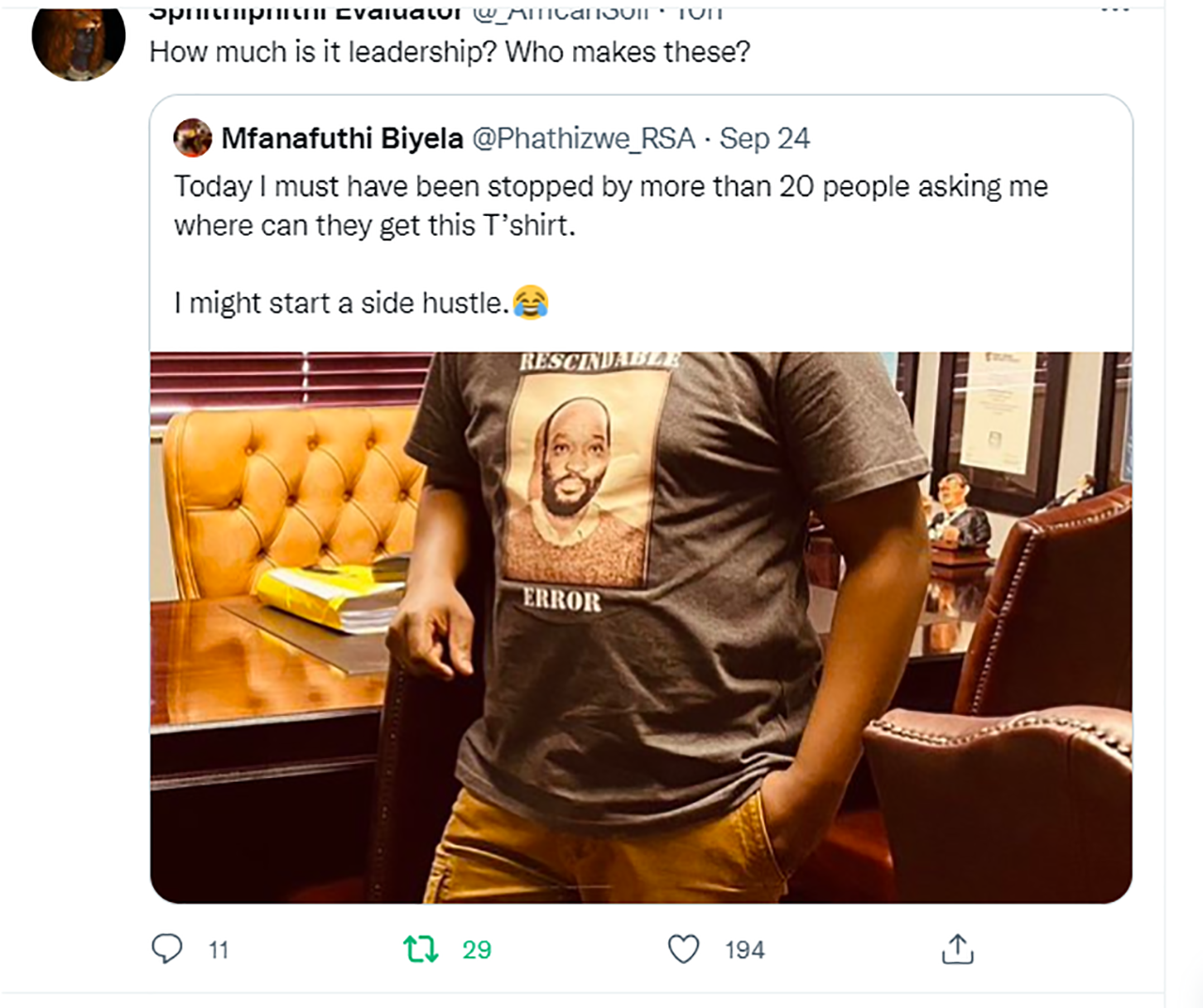 One of the most researched politicians in the history of South African politics, Jacob Zuma. Msholozi is trending once more. It has been reported that he has finally arrived safely in Nkandla, and will complete the remaining month of his sentence, under house arrest. Jacob Zuma has a strong fan base. He is supported in most regions of South Africa, and it showed itself when he was sent to jail unconstitutionally. People wanted to comprehend the reasons behind his thuggery arrest. The decision taken by the ConCourt sparked unrest that we witnessed in July 2021. The intelligence had no plans to control what was happening on the ground. No leadership was available when the unrest was at a peak. Jacob Zuma complied with the law and went to the nearest prison which was in Pietermaritzburg. See the source images the source image almost everyone who has knowledge about the legal system of South Africa, how it operates and on what basis, could tell that Jacob Zuma was unconstitutionally arrested. The ConCourt dismissed his rescission application since they did not want to look like they made a huge error by jailing him without a trial. His supporters are still fuming today because they want the justice system and the ConCourt to admit the mistake they have made. Laws seem to change when it comes to Jacob Zuma.

One of Jacob Zuma’s supporters has manufactured a T. Shirt that has been written “ Rescindable error”. The word rescindable simply means revoke, cancel, or repeal (a law, order, or agreement). They are calling for the ConCourt to rectify the error that they have made. The T-shirt is trending, and people seem to be fascinated by having one for themselves. The T-shirt has a picture of Jacob Zuma, while he was still middle-aged. Now he looks completely different, because of aging.