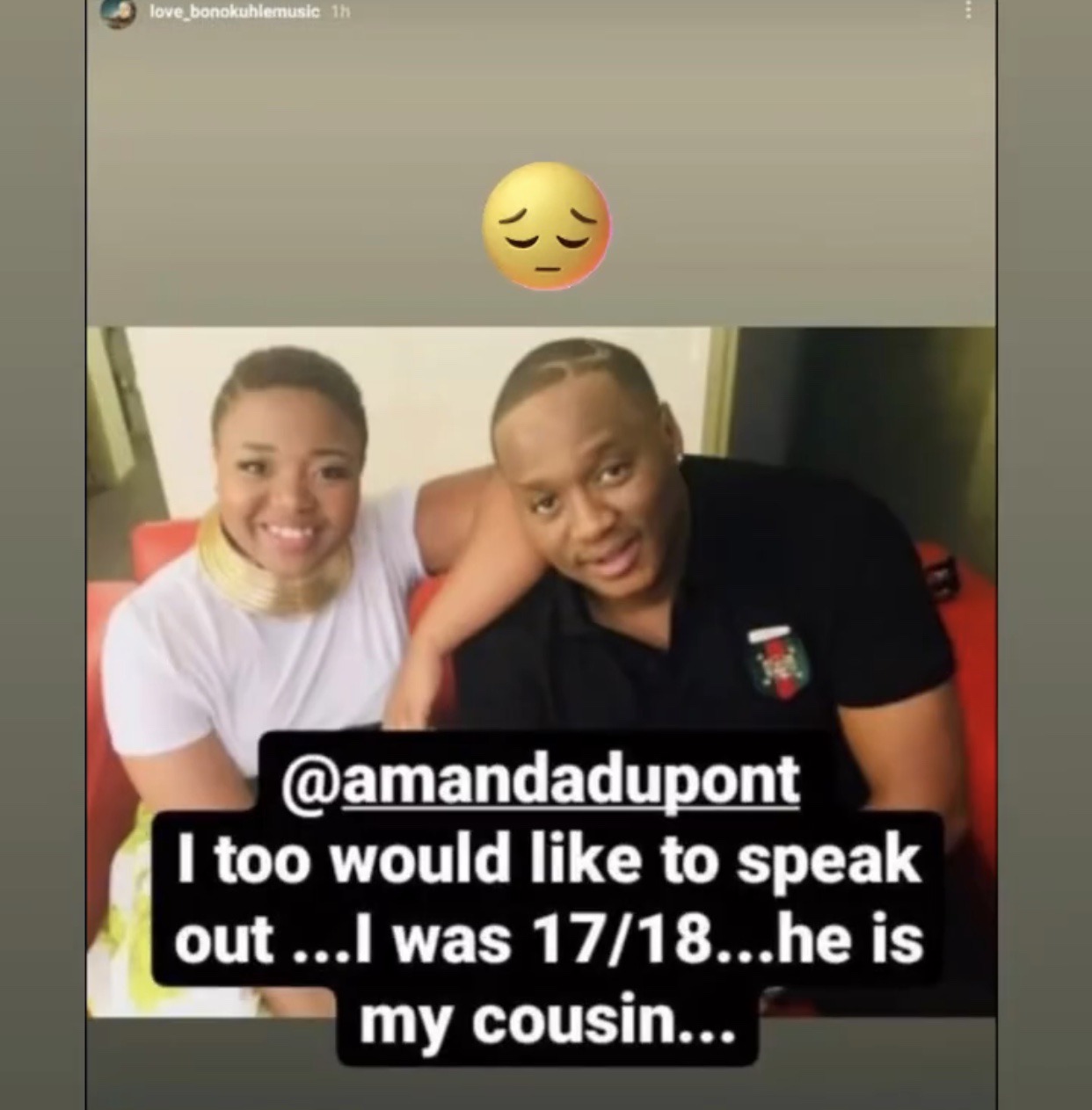 Minutes after Amanda Du Pont posted the video of herself exposing Jub Jub for abusing and mistreating her for 2 years, a lot of other women also shared their stories.

A young woman, who claimed to be Jub Jub’s cousin, finally got the courage to share her story.

Bonokuhle Mtsweni posted a picture of herself, sitting alongside Jub Jub, on Instagram and Twitter. She didn’t go into detail about what he did to her, but she left this cryptic caption, “ Amanda Du Pont, I think it’s time you check your DMs.”

She also posted the picture on her story and further added that he allegedly assaulted her when she was only 17/18.

Everyone immediately assumed that she was also one of his many victims. Women flooded her comments section with words of encouragement, while men called her an attention-seeking liar. 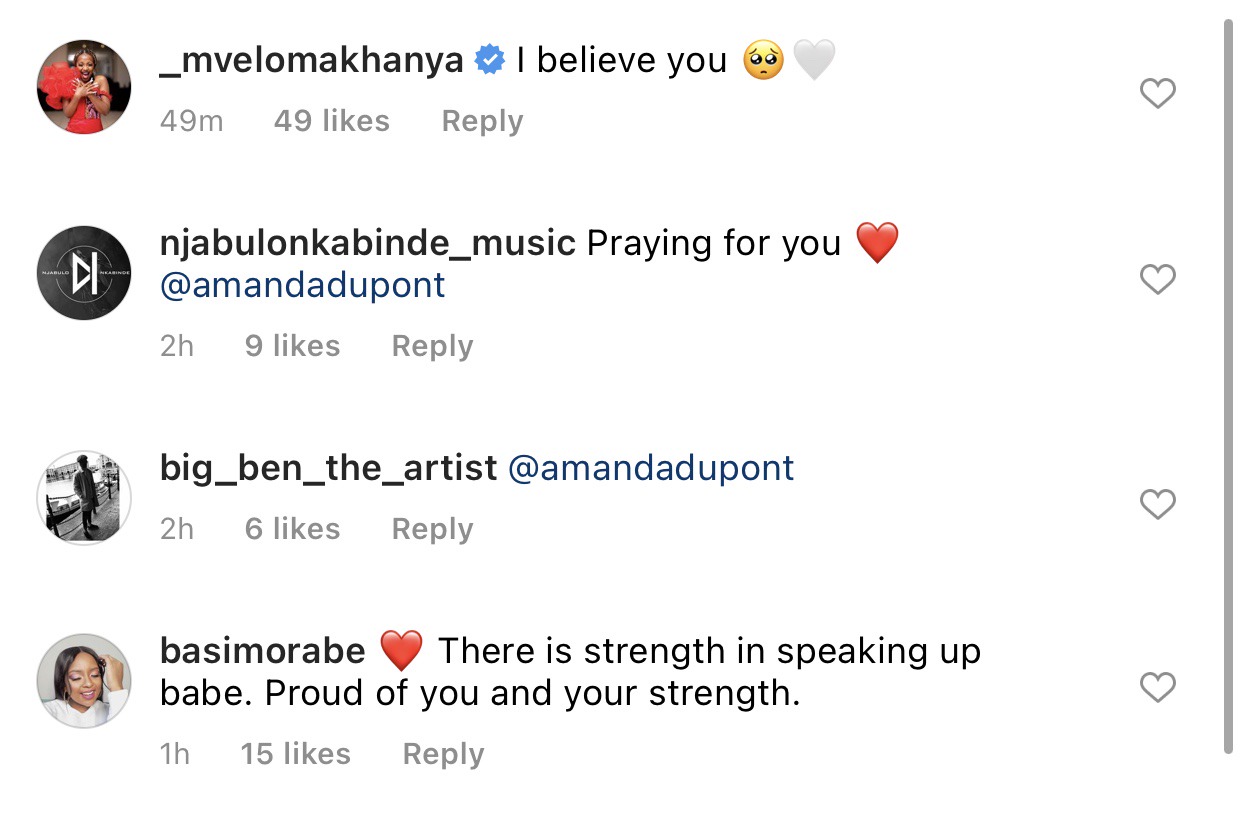 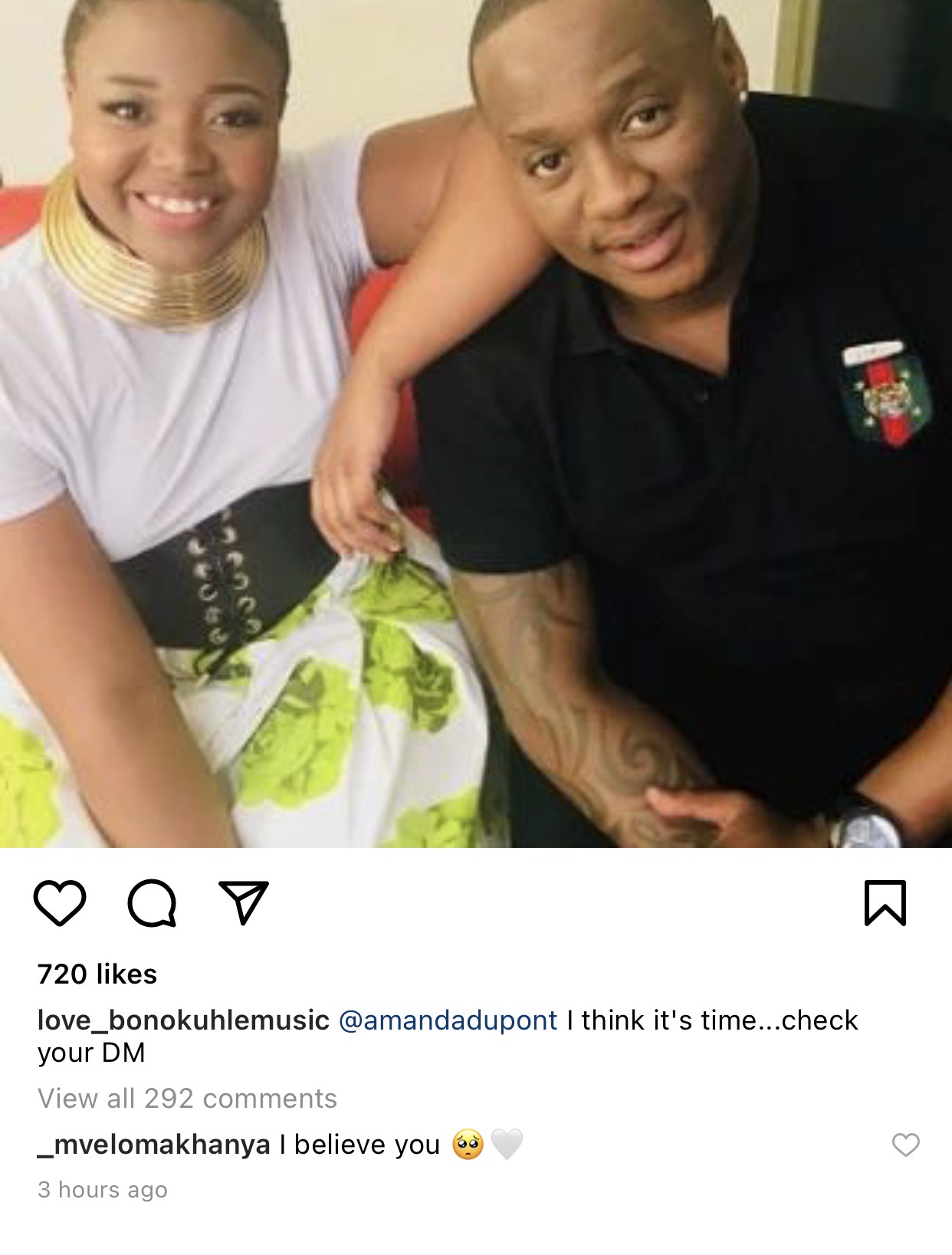 She later posted this on her Twitter account, “THANK YOU SO MUCH FOR STANDING UP!!! CAN MORE WOMEN DM HER, TELL HER YOUR STORY, INFLUENCE OVERPOWER!!!! GUYS PLEASE!”

@AmandaDupont I think it's time…please check your DM.

Thank you for speaking out… pic.twitter.com/dbegzVlRDl

— Dreaming Out now on every digital platform! (@BonokuhleNkala1) December 2, 2021

Content created and supplied by: Sanelem_ (via Opera News )