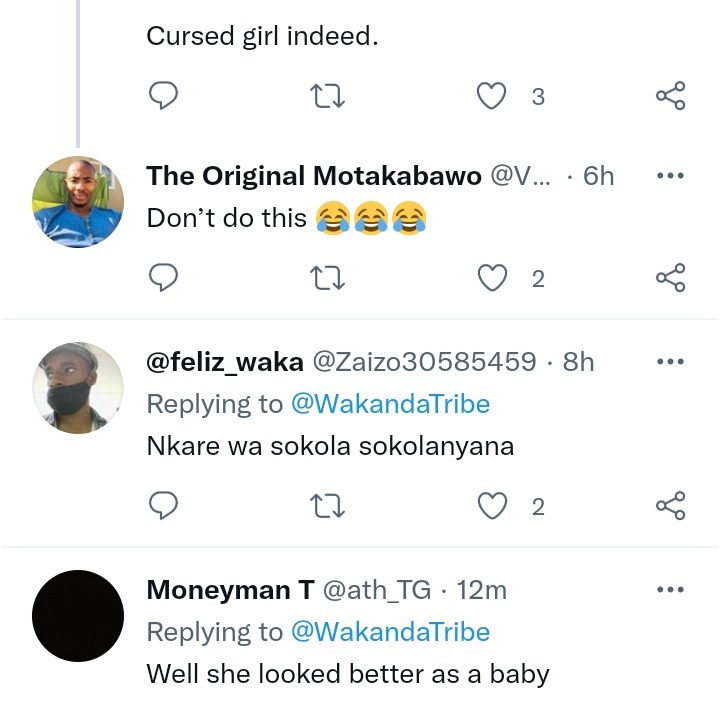 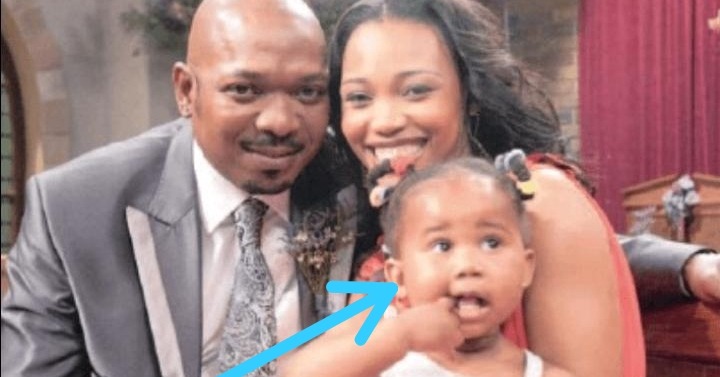 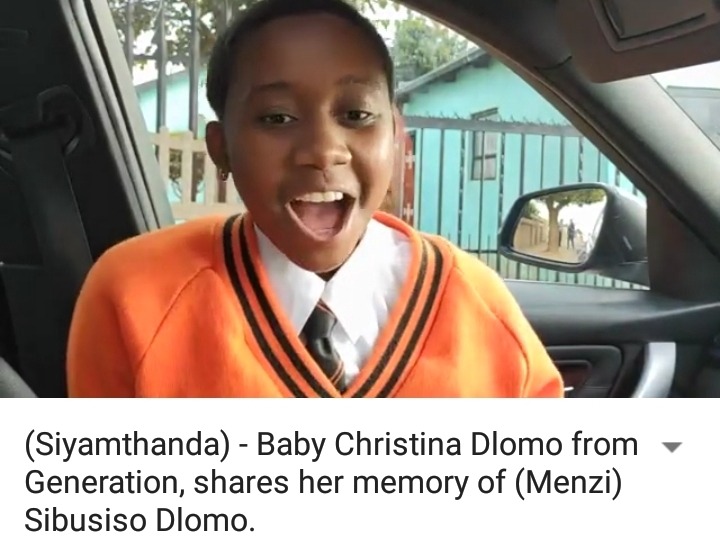 Christina Dlomo is a young girl who played the role of Christina Dlomo she played Sibusiso Dlomo( the late Menzi Ngubane) and Sonia Mbhele’s daughter on Generations, who was last seen on TV when she was still a little girl between the age of 1 to 2 years at the time. She is now grown and she is in her teenage years now.

People have been asking themselves what happened to Christina and how is her future like, because it’s normal when a person makes an appearance on Tv, people want to know what are you doing now, and since Christina was young at the time people are very curious as what is she doing at the moment, is she still in the entertainment industry or not.

Because there have been rumors that Christina is the well-known Ntando Duma, but that’s not true Christina’s real name is Siyamthanda Moyo. Siyamthanda Moyo is not in the entertainment industry. But she looks like a young girl who is living a normal life and not a celebrity life.

Though people were still confused as to who is the real Christina. She took it upon herself to pay tribute to Menzi Ngubane after his passing on youtube, she first took us through what she remembers as baby Christina. She said she remembers when she was still young playing the baby Christina Dlomo and Sibusiso getting shot, Sibusiso then went to the hospital and a few days later he came back she then gave him a get well suitcase, and he got well.

She then continued to pay tribute with these words TO THE NGUBANE FAMILY I WOULD LIKE TO SAY BE STRONG I WISH I HAD KNOWN MR NGUBANE BETTER, AND CONNECTED WITH I SAW HIM AS MY ROLE MODEL, WE LOST A LEGEND AND MAY HIS SOUL REST IN PEACE.

But people on social media were not happy with how she looks. They were saying she doesn’t look like she was once a celebrity, she looks like an orphan it’s like she’s poor here, and they need to understand that she’s still young and it’s a good thing that she’s still at school, and no one knows what the future holds for her people should stop judging her based on how she looks now. But yet again they were probably expecting her to wear make-up maybe that’s the definition of beauty in their eyes, they are not used to people looking natural, I see nothing wrong here all I see it’s a young innocent beautiful girl in a school uniform.

Social media is toxic imagine dragging such a young girl like that. Siyamthanda go to study hard and have a brighter future. Wishing you all the best of luck in your future babygirl, may you be successful in everything you do.

Content created and supplied by: JBMBAMBO (via Opera News )