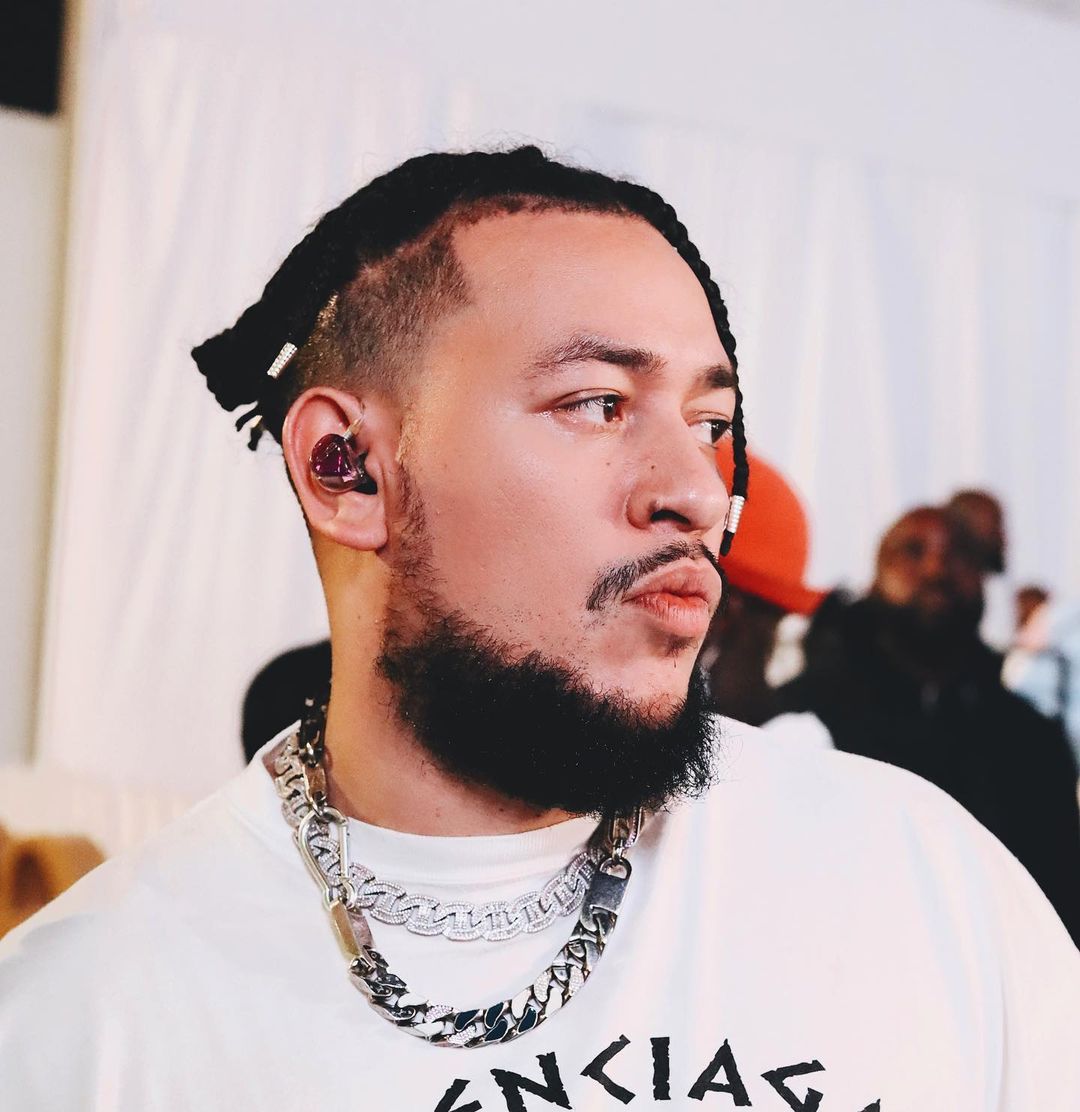 AKA hyping and supporting his baby mama DJ Zinhle is probably the most heartwarming thing you will see today. The two have sparked rekindled romance rumors after AKA commented on a video his management company posted of Zinhle.

They might have rekindled something but it is most definitely not romance – at least for now. The duo is co-parents to Kairo Forbes, so it seems as though they are letting go of their egos for the betterment of their daughter.

An innocent display of support got turned into a farce and a big deal by trolls who wanted AKA to stop. AKA booked Zinhle to play at his Super Soft Sunday party at the Huula Beach Club in Germiston and she rocked the crowd.

AKA too was mesmerized and so he hyped Zinhle up and seemed excited for her set.

Now, this left a bitter taste in many people’s mouths as they do not want to see the two of them back together. They mentioned how AKA is apparently trying to lowkey ruin Zinhle’s new relationship with baby daddy Bongani ‘Murdah Bongz’ Mohosana

On the other hand, Zinhle is getting praises for being mature enough to play at her baby daddy’s gig and leaving the drama home.

Some of the comments are for and against this newfound friendship. A tweep questioned AKA’s intentions and told him to f**koff. But they received some smoke for such utterances. AKA’s biggest fan, @RubuThulisa said, “Lol you people are weird and fu** up. I feel sorry for kids y’all be raising with this mindset. What a sad and miserable generation y’all are.”

Another one agreed and said Zinhle’s intentions have always been good, “They are in a good space and parenting well, I’m happy for them. I also think it’s because Zinhle has always been mature about everything and always sought peace even when she was hurt over and over again. She never does anything to spite aka but I can’t say the same for him.”

“Truthfully & respectfully speaking Rubu, AKA would never do this if his fiancée was still alive. Cause he was throwing jabs at Zinhle a lot & saying things like ‘ge

Why is AKA quoting Dj Zinhle related tweets. Fok off maan

t yourself a lekker 21-year-old then you’ll be happy’ etc. That’s the truth and you know it,” said @InHisTime.

The last time AKA publicly spoke about Zinhle was during his interview with Thembekile Mrototo after he answered questions involving Anele’s death. Shortly after the incident took place at the Pepper Club Hotel in Cape Town, investigators started doing their work and one of the people interviewed was the Indlovu Hitmaker. This was a very puzzling move to AKA as he questioned why was she interviewed and what direction is the inquest taking.

“Detectives flying up from Cape Town to interview Zinhle. Why? What are the directions of this inquest?” asked AKA.

Zinhle always remained mum about this until recently on an episode from her reality show. Speaking to Nomuzi ‘Moozlie’ Mabhena she said “This is something that is happening in Kiernan’s life but because Kiernan and I have a child together, it ends up affecting me. Kiernan has lost someone he loves and now people are making it about me,” said Zinhle.

It’s his event. He’s quoting tweets of everyone who’s performing there.

If he had decided quote tweets of everyone BUT her, you still would have probably had a problem right??

Speaking to the camera, Zinhle said, “The thing about my life is a lot of things happen on social media and they’ve got nothing to do with me most of the time.”

“They just end up affecting me in some way, and I’ve learned not to care about it but this is also an emotional time in my life as I am pregnant,” she continued.